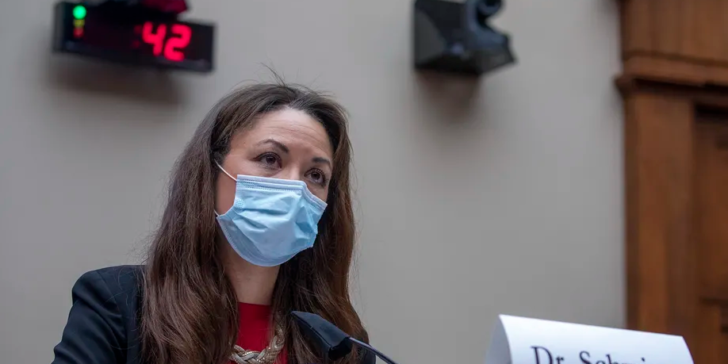 Teacher and staff shortages caused by another COVID surge have some Tennessee administrators seeking state permission to move schools or classes temporarily to remote learning.

But any switch will only be for five calendar days instead of the seven-day window approved for dozens of districts and charter schools during fall semester.

This week, the Tennessee Department of Education shortened the length of time schools can temporarily go remote. The rollback, officials said, was based on new federal and state guidance halving the recommended isolation time to five days for people testing positive for the coronavirus.

The state is also in litigation over a new state law that aims to prevent school districts from mandating masks, except when infections reach catastrophic levels.

Nationally, nearly 5% of roughly 100,000 U.S. public schools closed this week during the bumpy start to the new year, according to Burbio, a site tracking closures.

Tennessee got a respite from the virus — of sorts — when heavy snowfall Thursday forced many schools to close and use their days stockpiled for such disruptions. But before the winter weather arrived, the state already was fielding new requests for remote waivers.

By midday Thursday, Commissioner Penny Schwinn had approved all three requests that reached her desk this week. All came from charter schools: Valor Flagship in Nashville and Gestalt Community and Purpose Prep Academy in Memphis.

“Districts also have the option to use stockpile days instead of waivers if they so choose,” said state spokesman Brian Blackley.

Schwinn began granting remote waivers in late August after COVID’s then-emerging delta variant sparked a raft of school closures due to outbreaks among students and staff.

When school leaders worried they’d run out of stockpiled days before winter, the commissioner announced the waiver process. However, she said the option would be narrowly applied for individual classrooms and schools — not entire school systems — “to preserve in-person learning wherever practicable.”

Last fall, she approved 47 of 55 requests for seven-day waivers, including from large districts in Knox and Hamilton counties. Most requests were submitted in September when cases from the delta variant peaked.

Tennessee’s rate of positive COVID cases has accelerated since the first omicron case was confirmed in December. One in every three coronavirus tests reported to the Tennessee Department of Health over the past week has been positive, according to an analysis by The Tennessean.