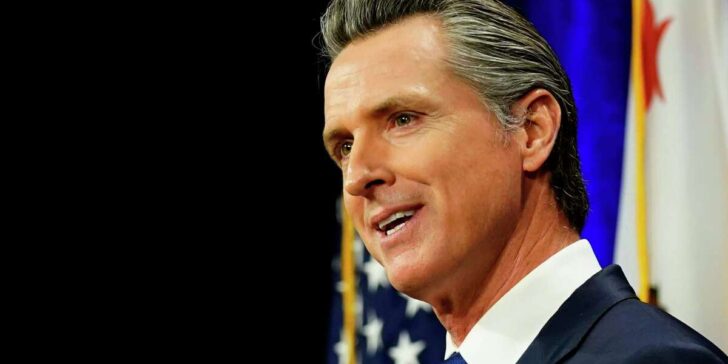 California Gov. Gavin Newsom reacted to a leaked draft opinion of a U.S. Supreme Court decision that, if finalized, would overturn decades of legal precedent regarding the protection of abortion in America.

Politico on Monday released a copy of a draft opinion in the case of Dobbs v. Jackson Women’s Health that the publication had obtained from the famously tight-lipped governmental body.

In the opinion authored by Justice Samuel Alito, Justices Clarence Thomas, Neil Gorsuch, Brett Kavanagh and Amy Coney Barrett agree with the conservative stalwart that the landmark 1973 Roe v. Wade decision was “egregiously wrong from the start” and must be overturned in its entirety.

“It is time to heed the Constitution and return the issue of abortion to the people’s elected representatives,” the draft said.

“It will be the end of fundamental constitutional rights that American women have had for nearly 50 years,” Newsom said. “This is not an isolated incident, and it is not the end. We have a Supreme Court that does not value the rights of women, and a political minority that will stop at nothing to take those rights away. This won’t stop with choice and the right to privacy.”

Justices still could change their minds in the coming weeks before the opinion is officially released this summer. However, Mississippi’s ban on abortions after 15 weeks of pregnancy would become law – as would similar statutes in other states that anticipated a favorable verdict from the court – if the preliminary vote tally is finalized.

Politico stressed the document’s authenticity, citing anonymous sources within the Supreme Court system that confirmed its authenticity. A spokesperson for the court didn’t confirm Politico’s assertions as of Monday night.