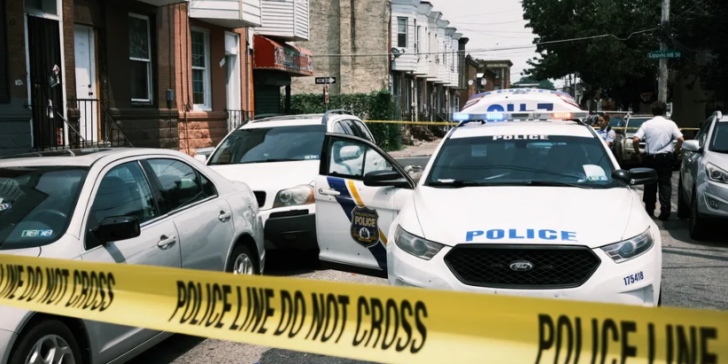 An 18-year-old student accidentally shot himself in the leg inside a West Philadelphia alternative school Friday afternoon, police believe.

The incident, which occurred around 1 p.m. in the gymnasium, is the latest in a series of gun crimes involving students that have occurred in or near schools over the past weeks.

Philadelphia Learning Academy South, located at 4300 Westminster Ave. in West Philadelphia, is for students who have had discipline issues, have dropped out and seek to return, or are coming back from incarceration. The building houses two other similar alternative programs.

A district spokesperson said the building uses metal detectors for students entering the building, and police and the district are investigating how the gun got inside.

Robin Cooper, president of the Commonwealth Association of School Administrators Teamsters Local 502, or CASA, which represents principals and other school personnel, said that part of the problem is understaffing.

“It’s just somebody opening up a door,” she said. Cooper said that to stem the tide of violence the district needs to fill vacancies in schools for such positions as teachers, climate managers and aides. Now, she said, principals are overworked.

“If we’re properly staffed, we can combat this violence,” she said.

The principals held a rally on Wednesday outside CASA’s headquarters to draw attention to the situation and demand that the school district and the wider community take action.

On Monday, a 16-year-old boy was critically injured and a 66-year-old man was killed by a stray bullet when gunfire erupted outside Lincoln High School in the Mayfair section of the city. Police arrested 21-year-old Aaron K. Scott in the shooting. They said Scott’s younger brother had been a student at Lincoln and had been in conflict with the students targeted in the shooting.

On Oct. 8, a 13-year-old boy was fatally shot while sitting in a car near Rhodes Elementary School in North Philadelphia, where he was a student.

The district also needs to focus more on students’ mental health needs, Cooper said. Students were out of in-person school for nearly two years, dealing with the consequences of the pandemic on them and their families in addition to the isolation. Beefs and conflicts festered on social media during that time, she said.

When school reopened, they “were focused on reading and math from day one and not on the mental health of the children we teach,” she said. “We need a plan to address the mental trauma our kids have gone through.”

According to media reports, the wounded student was taken to the hospital and is in stable condition.