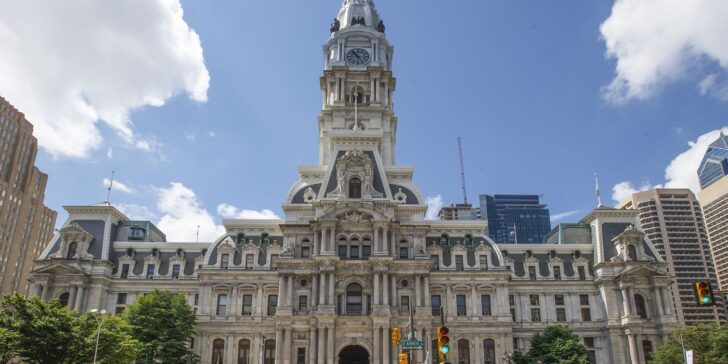 A state senator’s sit-in to force the hand of Philadelphia’s mayor addressing the city’s crime problems has resulted in a meeting to discuss what comes next.

Sen. Art Haywood, D-Montgomery/Philadelphia, staged a sit-in at Philadelphia City Hall on April 18 to cajole Mayor Jim Kenney into responding to Haywood’s requests for a meeting after Haywood’s two letters and an email were ignored.

The two Democrats will meet on Friday. The senator wants to see the city learn from other places that have reduced gun violence, starting with more interagency cooperation among leaders.

“I’m very optimistic and hopeful. All that we are seeking I think is extremely reasonable,” Haywood said. “The most important is on coordination – that is, to get the key leaders who are dealing with gun violence on the law enforcement side and on the human services side to meet once a week to focus on status and what can be done to reduce gun violence.”

Philadelphia has had 152 murders so far this year, a slight improvement over last year’s 159 murders, but much higher than 2020’s 120 murders, according to the Philadelphia Police Department.

Haywood pointed to other cities such as Boston, St. Louis and Miami that have been successful in reducing gun violence. “Poverty, racism, and the flow of guns into big cities did not stop many of them from reducing gun violence,” Haywood wrote in his January letter to Kenney.

In addition to creating a decision-making Gun Violence Committee that meets weekly in the city, Haywood advocates for direct counseling and behavioral health access for families and young people who have been affected, jobs and job training, and cleaning up high-violence areas to make them more livable. He also emphasized the importance of hiring violence interrupters to address conflict.

“There is a formula to reduce gun violence and I think we need to apply here,” Haywood said. “If we cannot get some greater coordination between local government and those who are doing the work in Philadelphia, I do not think that the state General Assembly can do what the local government needs to do, nor do I think the executive office of the governor can do what the local administration needs to do.”

Bureaucracy and a struggle to get grants quickly to local organizations has also been a problem, Haywood said. Philadelphia’s level of violence is not inevitable, though.

“Yes, we have poverty. Yes, we have racism. Yes, we have access to guns,” Haywood said. “Nevertheless, cities across the nation, with all the same features, have been able to reduce gun violence. And we can do the same.”