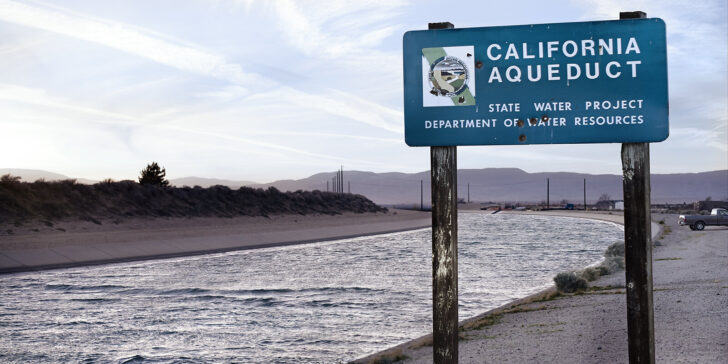 California remains in the throes of a multi-year drought. Senate Republicans have asked the governor to use a portion of the budget surplus to spearhead a $3.2 billion investment in California’s water infrastructure. With this funding, lawmakers estimate the state could store an additional 1.5 million acre-feet of water during wet years to be dispersed during times of drought.

“Over the course of four decades, state leaders have failed to build any new water storage, missing every opportunity to capture and store additional water while also failing to provide funding for the repair and restoration of various canals throughout the state, severely limiting the state’s conveyance capacity,” lawmakers wrote in a letter sent Thursday.

“Our outdated and inadequate water infrastructure struggles to meet the demands of a population that has doubled over the same time period and Californians simply cannot endure further delays.”

The legislators called on Newsom to allocate $2.6 billion to fully fund the Sites Reservoir and $685 million for repairs to certain divisions of the California Aqueduct and the Friant-Kern/Delta-Mendota Canals. With the future of California’s economy and drought still uncertain, lawmakers said it is “crucial to invest in our water while we still have the opportunity.”

The Senators also noted that allocating funds to state water projects could be a way to meet constitutional requirements under the Gann Limit – a 1979 initiative that established an appropriations limit on the state. The law, known as Proposition 4, was passed by voters to keep per-person spending (adjusted for inflation) under 1978-1979 levels.

A recent report from the Legislative Analyst’s Office (LAO) estimates the state will need to allocate about $12 billion to meet the requirements of the Gann Limit, which the state is expected to exceed in 2022-2023, according to the LAO.

In the letter, Senate Republicans said spending the excess funds on water projects is the “most prudent way to allocate revenue expected to exceed the State Appropriations Limit.”

“We urge you to respect the will of the voters and invest their tax dollars for the expressed reasons they approved under Proposition 4,” the letter said.

A spokesperson from Gov. Newsom’s office told The Center Square that while the governor cannot disclose details about future funding at this time, “water infrastructure continues to be a priority” for the governor. The spokesperson noted that under Newsom’s California Comeback Plan, more than $5.1 billion was invested in drought support, water supply and natural habitat restoration projects, including $1.3 billion to advance access to safe drinking water and wastewater infrastructure.

In addition, Newsom’s office announced a recent investment of $100 million in November to restore capacity to portions of the California Aqueduct and the San Luis Canal, the Friant-Kern Canal and the Delta-Mendota Canal, according to the state’s Department of Water Resources.