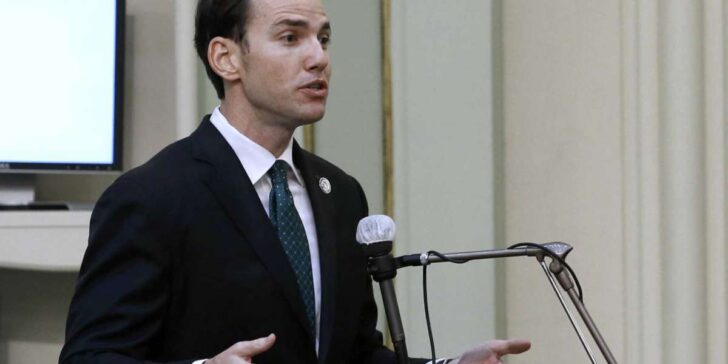 A Republican-led effort to repeal Proposition 47 failed in the Assembly Public Safety Committee on Tuesday.

Assembly Bill 1599, which was authored by Republican lawmakers Kevin Kiley, James Gallagher and Jim Patterson, would have repealed changes made by Proposition 47, a 2014 measure enacted by voters.

After a series of high profile robberies in retail stores across Los Angeles and San Francisco in November, some Republican lawmakers began a push to repeal Proposition 47, claiming that the initiative led to a rise in crime by reducing consequences for offenders.

Kiley’s bill would have repealed several measures in Proposition 47 and reduced the value threshold for grand theft from $950 to $400.

If AB 1599 had passed through the Legislature, the measure would have gone back to voters to decide the fate of Proposition 47.

Ahead of Tuesday’s vote, Kiley told the committee that the state has reached a “breaking point” when it comes to crime.

“This has created a total breakdown in the rule of law – a system where criminals feel wholly free to act outside of the law without fear of legal consequences,” Kiley said during Tuesday’s committee meeting.

The majority of lawmakers on the Public Safety Committee, however, pushed back on Kiley’s effort to repeal the measure. Several legislators, including Assemblymember Mia Bonta, D-Oakland, noted Tuesday that under Proposition 47, prosecutors are not prohibited from charging individuals with a felony for certain crimes.

Chair of the Public Safety Commission Assemblyman Reginald Jones-Sawyer, D-Los Angeles, voted against the measure on Tuesday, saying that he would have been supportive of the bill had it brought forth options to improve Proposition 47 – not repeal it completely.

“This bill throws the baby out with the bathwater,” Jones-Sawyer said Tuesday. “It does not give the citizens an opportunity, and I’m willing to work with anyone that has differing views on Prop 47 on a way we can make it better – not eliminate it, not get rid of it, not demonize it. We need to make it better so that it does work for what people wanted it to be.”

The bill was also opposed by the Californians for Safety and Justice, with Senior Public Safety Advisor Tom Hoffman telling lawmakers on Tuesday that repealing Proposition 47 is an “ill conceived” plan.

“What is the public benefit to telling people they can no longer change their record from a felony to a misdemeanor,” Hoffman said Tuesday. “Why would we do that? Do we not understand that a felony conviction puts a ball and chain around people’s feet that is just incredible?”

The committee ended up killing Kiley’s bill in a 5-2 vote on Thursday.