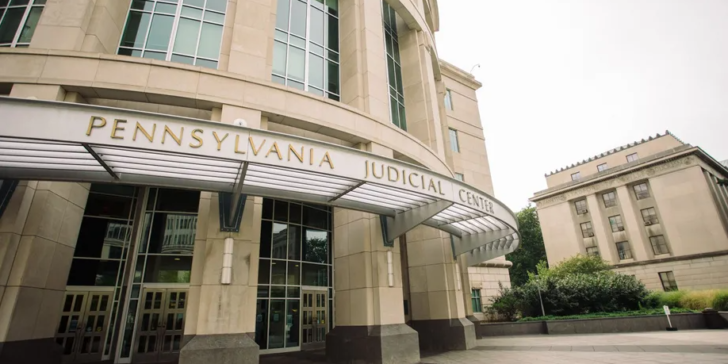 Legislators opposed to putting more money into public education start their case by focusing on a private Christian school.

Their first witness was Aaron Anderson, founder and CEO of the 225-student Logos Academy, a private Christian school that relies on revenue from the state’s Educational Improvement Tax Credit, or EITC, and Opportunity Scholarship Tax Credit, or OSTC, programs.

He testified that $1.8 million of his school’s $3.3 million budget this year comes from those programs, which provide businesses with corporate tax breaks in exchange for donations to scholarship organizations that pay students’ tuition at private schools, including religious ones.

Just last month, both of the programs were criticized in a report by the state’s Independent Fiscal Office as having inadequate oversight and failing to collect any performance data that might help determine whether they are effective.

But in Pennsylvania’s long-standing battle over school funding, Republicans in Harrisburg have consistently argued that the answer to educational inequity is not putting more money into “failing” school districts, but giving students and parents a way out through charter schools and private schools.

Anderson’s school is in the York City school district, one of the state’s poorest. He said his school could not survive, and certainly not expand, without additional funding through revenue received from the tax-credit programs. He has plans to nearly double the size of the school to 400 students.

“It’s not that we could not run a school, we could run a much, much smaller school, probably not a K to 12 program,” said Anderson. “But truly there is no way we would be able to retain our staff or to run the program that we have without those tax-credit dollars.”

He said that not all students who want to attend can access one of the scholarships. “Our children are in a district where parents think their children are not being served well,” Anderson testified.

On cross examination by attorney Anne Marchitello of the O’Melveny and Myers law firm, which is working pro bono on the case, Anderson acknowledged that his school turns away students who may be more costly to educate.

“​​A small number, but yes, there are students we don’t accept,” he said, using the example of a ninth grader who reads at a fifth-grade level or one with multiple disabilities. “But in the spirit of who we are and what we’re trying to do, we’re not highly selective. We really want to serve kids.”

In this case, brought in 2014 by six school districts, three families and two statewide advocacy groups, the plaintiffs argue that Pennsylvania’s funding system is so inequitable that it is unconstitutional. Pennsylvania is near the bottom in the percentage of state share of education costs compared to local contributions. This has resulted in some of the largest per-pupil spending gaps in the country between wealthier and poorer school districts as well as sky-high local tax rates in some low-income communities.

The trial is now in its 10th week.

In the first nine weeks of the trial, educators brought in to testify from the plaintiff districts said repeatedly that they lacked sufficient resources to provide their students with the “thorough and efficient” education mandated in the state constitution, highlighting poor building conditions, large class sizes, and the inability to provide students with needed services.

In their cross examinations of those witnesses, attorneys for the Republican legislative leaders have sought to highlight districts’ achievements and any advanced classes or special programs they offered in an effort to convince Commonwealth Court Judge Renée Cohn Jubelirer that the basic constitutional standard is being met. They also have sought to provide evidence that spending more money on education doesn’t necessarily lead to higher achievement.

State GOP leaders came up with the idea of corporate tax breaks as a way to create choice options at private and religious schools after several failed attempts in the late 1990s to enact school vouchers, which would have given tax money directly to families to use for private and parochial school tuition. EITC was enacted in 2001. OSTC, which provides benefits only to families living within the boundary of a school that falls in the bottom 15% in the state based on test scores, passed in 2012.

The total amount of potential tax breaks is capped at $280 million each year; of that amount, $55 million comes through the smaller OSTC program. That cap has been growing steadily, and expanding the benefit is often the subject of negotiations over the state budget.

This year, the cap for these programs was increased by $40 million. The legislature increased basic education funding by $300 million.

Pennsylvania’s EITC program was among the first of its kind in the country; similar programs have been passed in 13 other states. Of the 14 current programs, the IFO report said that Pennsylvania’s is among the largest and least regulated.

That is by design, not due to mismanagement. The legislation authorizing the programs specifically prohibits the collection of much data.

“The statute should be amended to allow for the collection of student performance and demographic data so that program effectiveness can be evaluated,” the IFO report said. “Across states, Pennsylvania has one of the largest tax credits, but collects and publishes the least amount of outcome data.”

Because of provisions in the law, there is no way to determine whether the program is helping low-income families in low-achieving districts, or whether much of the benefit is going to families that live in high-performing and high-wealth districts. The income cap for eligible families is about $131,700 for a family of four – roughly 500% of the federal poverty level and  “higher than all other states that have an income limitation,” the IFC report said.

“Because some portion of families could likely afford private school without a scholarship, it is unclear how much behavior is incentivized by the credit.”

Republicans expect to continue their case Thursday with testimony from David Donley, the executive director of the House Appropriations Committee.