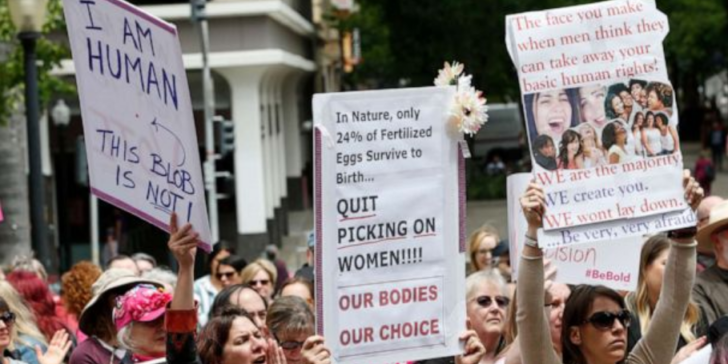 Newsom signed Senate Bill 245, known as the Abortion Accessibility Act, which prohibits state-licensed health care service plans from imposing a deductible, co-pay or other cost-sharing requirements for all abortions and abortion-related services.

“Today, we are making sure that abortion is not a right in name only, and that all people have true freedom to decide if, when, and how to start a family, regardless of their income or ability to pay,” the bill’s author Sen. Lena Gonzalez, D-Long Beach, said in a statement Tuesday. “I am thankful to all our partners who so dedicatedly advocated for SB 245 and who continue to speak up for reproductive freedom in our State.”

The legislation comes as several states are considering measures to expand restrictions on abortion. The U.S. Supreme Court is considering a case that challenges Roe v. Wade, the 1973 landmark law that deemed it unconstitutional for states to ban abortion.

If Roe is overturned, 26 states could move to ban abortion, according to the Guttmacher Institute, a research and policy organization that seeks to advance reproductive health rights. California lawmakers and the governor have promised to keep the state’s doors open to all seeking abortion services, including in-state and out-of-state residents.

“As states across the country attempt to move us backwards by restricting fundamental reproductive rights, California continues to protect and advance reproductive freedom for all,” Newsom said on Tuesday. “With this legislation, we’ll help ensure equitable, affordable access to abortion services so that out-of-pocket costs don’t stand in the way of receiving care.”

The plan applies to all state-regulated health care plans that cover abortion.

California is one of six states that require health insurance plans to cover the cost of an abortion, though many enrollees are still required to make a co-pay or cost-sharing to receive services. According to an analysis from the California Health Benefits Review Program, the average out-of-pocket cost for abortion services for enrollees is $543.

Additionally, the average cost share is $306 for a medication abortion, $887 for a procedural abortion and $182 for related services. SB 245 would eliminate these costs.

The CHBRP estimates the bill would result in “increased employer-funded premium costs in the private insurance market of approximately $1.8 million,” but would reduce the out-of-pocket cost among insured individuals by $5.5 million.

“Eliminating out-of-pocket costs for abortion for people with private insurance is a major step in California’s commitment to being a Reproductive Freedom state – making abortion services more accessible and affordable for all people in California,” Jodi Hicks, president and CEO of Planned Parenthood Affiliates of California, said in a statement.

In addition to opposition from several state-based insurance organizations, Californians for Life offered a statement to lawmakers about SB 245.

“At least one human being is killed in every abortion and millions of women have been hurt by abortion,” the organization wrote. “Women need support not free abortions to kill their children.”

The law is part of a package of proposals brought forth by the California Legislative Women’s Caucus to expand access to abortion in California. Sen. Nancy Skinner, D-Berkeley, who is vice chair of the Women’s Caucus, introduced a bill last week that would provide grants to nonprofit organizations that assist low-income pregnant individuals with accessing abortion services.