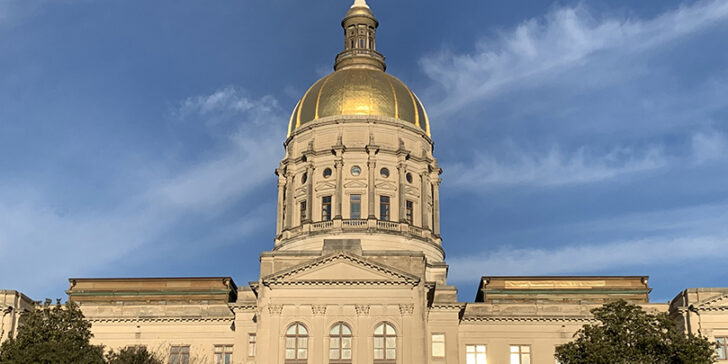 The Senate Redistricting and Reapportionment Committee’s 8-4 vote in favor puts the map one step closer to becoming law. It cleared the House, 99-79, in a straight party line vote Wednesday.

Democrats on the committee voted against the bill, which a Republican-led committee drew. State Sen. Gloria Butler, D-Stone Mountain, said the new map does not fully reflect the makeup of the state’s population.

“The Republican map has a range of deviation from ideal population that is 50% greater than the current maps deviation,” Butler said. “Population equality and the bedrock principle of one person, one vote should never take a backseat to partisanship.”

Lawmakers must redraw legislative maps every 10 years to correspond with updated U.S. Census Bureau data. Last year’s census showed Georgia’s population grew by 1 million people from 2010 to 2020. It showed population growth in urban areas and population loss in rural areas. The data was delayed by five months because of the COVID-19 pandemic and natural disasters.

Butler said the House map does not account for the state’s change in racial demographics over the decade. Most of the growth, according to Butler, was among minority communities. She accused Republicans of trying to maintain partisan control of the Legislature.

There are 103 Republicans in the House and 77 Democrats.

“It just doesn’t do well enough by the voters of Georgia, and by the Black voting-age population of Georgia, which has gone up by almost 20%,” Abhiraman said.

Decatur Mayor Patti Garrett told the committee she thinks part of her city was “inadvertently” drawn into a different district. The section of land was annexed into Decatur in 2018. However, the committee did not alter the map before giving it the nod Thursday.

Lawmakers can still make changes to the House map in the Senate Committee on Rules, and the full Senate must also approve it before it heads to Gov. Brian Kemp.