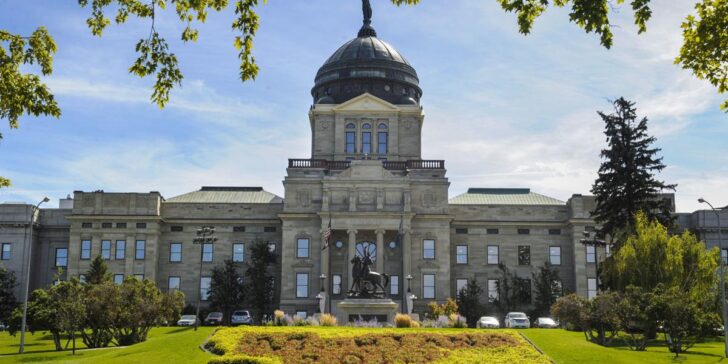 Montana taxpayers shouldn’t worry about the state’s budget once the influx of federal money runs out because of the approach state lawmakers took last session, according to a taxpayer advocacy group.

“How long does that surplus go on? Because most analysts here think it’s mainly driven by the federal stimulus money,” Bob Story, executive director of the Montana Taxpayers Association, told The Center Square.

Income and corporate taxes have also been a big a part of the state’s budget.

Individual income tax collections through the end of December were $114.2 million, which was 12.7% above the year-to-date collections in fiscal year 2021, the Legislative Fiscal Division report said.

Even without a surplus, Montana Gov. Greg Gianforte is expected to work on lowering income tax rates, something he accomplished in the last legislative session. In next year’s session, Story said he expects more legislation to further reduce rates, which would happen even without the big budget surplus.

“That was kind of one of his goals all along was to try to bring down, get back in line again with some of the surrounding states’ income tax rates,” he said.

Corporate income tax collections through the end of December were 29%, or $33.9 million above this time in fiscal year 2021, which was far above estimates.

Coal, oil and gas tax revenues have been down a bit, but might be coming back up, Story said.

But federal stimulus funding during the pandemic has supported the state budget. The American Rescue Plan Act provided $2.7 billion to the state in 2021. The Coronavirus Aid, Relief and Economic Security (CARES) Act sent $1.25 billion to Montana and “CARES Act II” provided another $754 million in 2020.

“They did the best they were allowed to do to use it in existing programs where they could or use it … in one-time-only expenditure. So, and I don’t think there’ll be a big, big hit when the federal money finally runs out,” he said.

Montana received $14 billion total in federal funding in the past 18 months, according to Story. A lot of that has been driving the economy, along with a pickup in the tourism industry.

Whether the huge growth in revenue is something that will stay with us or it’s a bubble in the system, he said legislators are reluctant to use it to backfill local government revenue losses from property tax reductions.

All the federal money hasn’t been allocated or spent in Montana, Story said. A lot of it goes into infrastructure projects that will take several years to build, keeping the money churning in the system.

“Everyone’s in the same boat,” Story said. “There’s X amount of construction workers and equipment and supplies out there and every state is scrambling for them.”

A lot of the infrastructure projects funded with stimulus money will have trouble meeting the 2026 deadline. Congress may have to extend the deadline just to get projects that have been on the drawing board completed, he said.