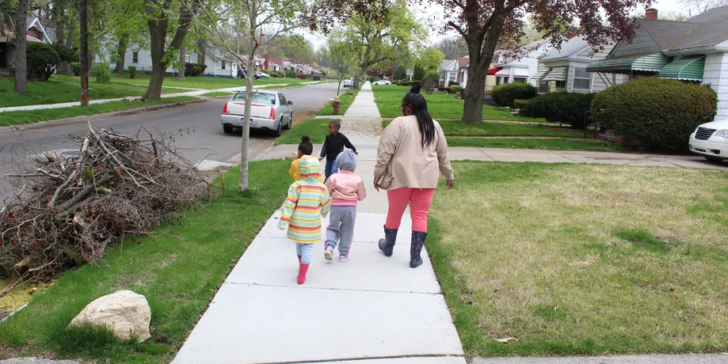 The educators caring for Michigan’s youngest children are badly underpaid. Many live in poverty, and their frequent departures for other, better-compensated lines of work are placing a severe strain on many child care providers.

That’s according to a new report from Michigan League For Public Policy that analyzes years of data to make a case for the state to invest more in early educators.

The report, titled Confronting Michigan’s Early Childhood Workforce Crisis, points out that early childhood programs were among the first businesses to reopen in the early months of the pandemic but that many struggled to provide reliable, high-quality care amid severe instability in the workforce.

“This is a crisis that is deep and that has become chronic,” Monique Stanton, President and CEO of the Michigan League for Public Policy, said in a statement. “Early childhood is a crucial time — a time when children’s brains are developing faster than any other time in life — but our system doesn’t reflect that.”

One quarter of Michigan child care workers receive food stamps, meaning they make less than $34,000 per year for a household of four, according to the report. The median wage for child care workers is $11.61 an hour in Michigan, just above cashiers and below fast food cooks.

As a result, many child care providers struggle to recruit and retain educators. A survey conducted last summer found that nearly 9 in 10 providers are dealing with staff shortages, which most providers blamed on low wages.

An infusion of federal COVID funding helped prevent the wave of child care center closures that some observers predicted at the pandemic’s outset.

The funds paid $1,000 bonuses to child care workers, and boosted payments to child care providers. Even so, providers say they are still losing employees to grocery store chains and Amazon, which still offer higher wages.

In addition to paying workers more, the report calls on the state to collect more data about the early education workforce and to increase training and credentialing opportunities for early educators who want to advance in their field.

This article was originally posted on Median wage of $11.61 an hour isn’t enough to keep early educators on the job, report says