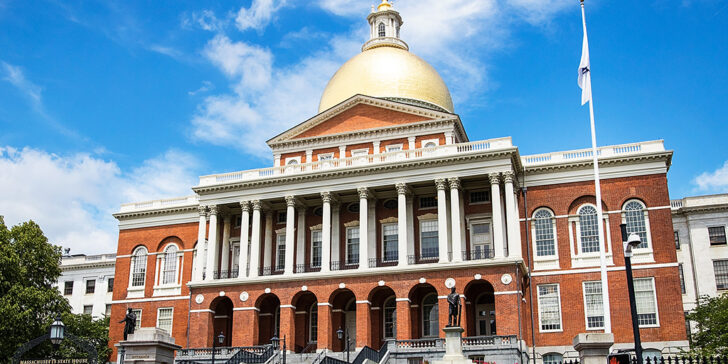 Despite a bleak outlook during last year’s legislative cycle, the structural deficit for Massachusetts’ strained unemployment insurance trust fund stood at $115 million late into 2021, according to an independent analysis.

State officials hired KPMG LLP, a Boston-based firm providing audit and advisory services, to comb through the UI trust’s books during a 20-month period that began April 1, 2020, through Nov. 30, 2021.

The outgrowth of the firm’s analysis was a reconciliation report. At a meeting Feb. 3, the Joint Committee on Labor and Workforce Development, consisting of lawmakers in both chambers of the state legislature, discussed the 31-page document with Tom Stanton, managing director at KPMG.

Stanton addressed some of the firm’s findings, which included a reconciliation of the UI trust’s $2.9 billion positive balance, as of Nov. 30, against the amount owed, which is pegged at $3.015 billion.

In the mix of the two findings are key dollar figures, including $2.3 billion owed to the federal government – the result of loans taken out at the height of the pandemic to continue paying UI claims as the fund was delpeted.

Additionally, the report indicated the UI trust owes $415 million in credits to businesses for overpayments made into the fund.

The report also took a historical look at the UI trust and its dramatic balance drop in the earliest months of the pandemic.

The committee’s discussion with Stanton largely was focused on the report itself, which he described as “purely a reconciliation exercise.”

But the findings dovetail into a litany of bigger questions for the road ahead, including how to stabilize and ensure the UI trust is, and remains, solvent.

Last year, the legislature approved Gov. Charlie Baker’s request to borrow up to $7 billion to address the UI trust’s deficit. At the time, the approval was based on projections considered more dire than what actually came to light in the report.

Nonetheless, the legislature is still considering borrowing – either through bonding authority or the federal government – with the stated goal of giving the UI trust a runway for solvency.

“There are outstanding questions we need to answer quickly to come to some kind of resolution,” Jehlen said.

Stanton said the reconciliation report is the first of multiple phases the company is contracted to conduct of the UI trust on the state’s behalf.

“The work is still ongoing,” he said, indicating further recommendations could come to light in future reports.

Despite the challenges and unknowns, several committee members doubled down in support of the heavy use of the UI trust and its need since the onset of the pandemic nearly two years ago.

“The benefits were such a lifeline for everyone in need,” said state Rep. Josh Cutler, D-Pembroke, who also co-chairs the committee.