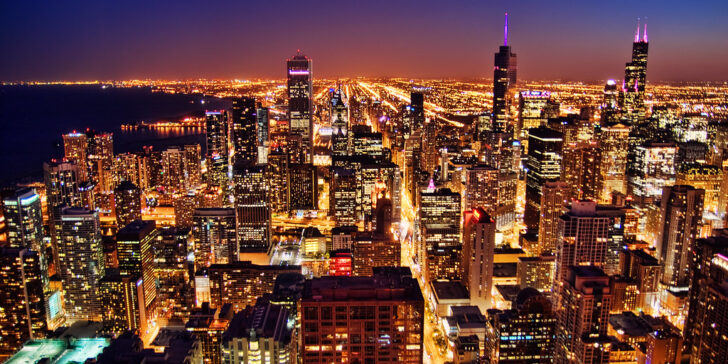 Some say it’s clear there are problems. Others brush it off as special interests trying to chip away at the rights of victims of wrongdoing.

Last year, Illinois and the counties of Cook, St. Clair and Madison, ranked No. 8 on the American Tort Reform Association’s “Judicial Hellhole” list. This year, Illinois is at No. 5.

Illinois’ tort costs cost the state more than 140,000 jobs and nearly $9.6 billion in wages and $27.5 billion in economic output annually, the report said.

“Lawsuit abuse results in less investment in businesses, less productivity, and more time and money being spent on litigation,” the report said. “Lawsuit abuse imposes a ‘tort tax’ of $1,049 per Illinois resident.”

The report can be found at JudicialHellholes.org.

“There’s just been a history in that state in recent times of an overwhelming lack of capacity to address anything in a meaningful way in the legislature in that particular jurisdiction,” Joyce said during a virtual news conference.

“Individuals who are victims of wrongdoing deserve the right to a legal system where they have a fair chance to hold perpetrators accountable,” J. Matthew Dudley, president of the Illinois Trial Lawyers Association, said in a statement.

“Litigation overall is down because the activity in the courts was down simply because a lot of courts were slow to get back to full capacity,” Joyce said in response.

State Rep. Dan Ugaste, R-Geneva, hadn’t seen the report, but said businesses look at such things when deciding where to invest and hire.

“And as the people continue to leave and our population declines I hope that the message gets through quickly that we’re not running the state the way we need to,” Ugaste told The Center Square. “We need to make changes so that people and businesses locate here, not leave.”

Ugaste said there must be a balance between the rights of workers and costs to businesses.

Aside from the legal environment not changing in regards to asbestos cases, Joyce said one thing that moved Illinois up was the addition of prejudgment interest that was approved earlier this year, potentially increasing the cost of litigation against businesses.

There are also what ATRA called “no-injury” lawsuits increasing with the Biometric Information Privacy Act. While there’s a high-profile BIPA case involving Facebook, ATRA says there were 163 BIPA class-action lawsuits filed from 2008 to 2018 and more than 300 in 2019 alone.

Another example of Illinois’ landscape for litigation is a report from KCIC reviewing asbestos litigation in 2020 is the rate of out-of-state claims filed in Illinois.

“Out of the plaintiffs who filed a lawsuit out of their state of residency, the majority (57%) filed their lawsuit in Madison County,” the KCIC report shows.

That topped the list of five jurisdictions. St. Clair County had 6.1% of all out-of-state plaintiffs filling in Illinois.

This article was originally posted on Lawsuit abuse costs each Illinoisan more than $1,000