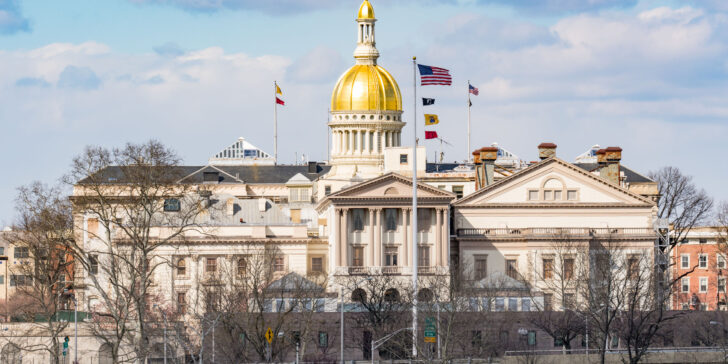 A judge set a possible date to hear arguments over a mandate that visitors to the New Jersey State House in Trenton either be fully vaccinated against COVID-19 or show a recent negative COVID test.

The mandate prompted state Republicans to take legal action. On Thursday, Judge Allison Accurso in the New Jersey Superior Court, Appellate Division, set Dec. 13 as a possible date for a hearing on the legal action, the Associated Press reported.

According to the report, state troopers initially stopped Republicans who refused to comply with the mandate from entering the Assembly chamber on Thursday. However, according to the Associated Press, troopers relented and allowed the lawmakers to enter without proving their vaccination status or showing a negative test.

“No matter what was said at the session, the people who lost their livelihoods, and the children who didn’t go to school, and the sacrifices made by people across New Jersey and the country were exacerbated because of government mandates that went unchecked. Just like the mandate that we fought today,” Assemblyman John DiMaio, R-Hackettstown, said in a statement.

“Over the last year there were sessions with just as many or more cases and just as high or higher transmission rates with no or fewer vaccinations,” DiMaio, the Assembly Republican leader elect, added. “Everything went fine. You can check the state Covid-19 database. It is plain and clear.”

“Democrats came down to do the people’s business, complying with a reasonable common sense policy that millions of New Jerseyans follow each and every day, and we addressed the most pressing legislative matters,” Assembly Speaker Craig J. Coughlin, D-Middlesex, said in a statement.

This article was originally posted on Judge to hear arguments against capital entry requirements, prompting Republicans and Democrats to trade barbs