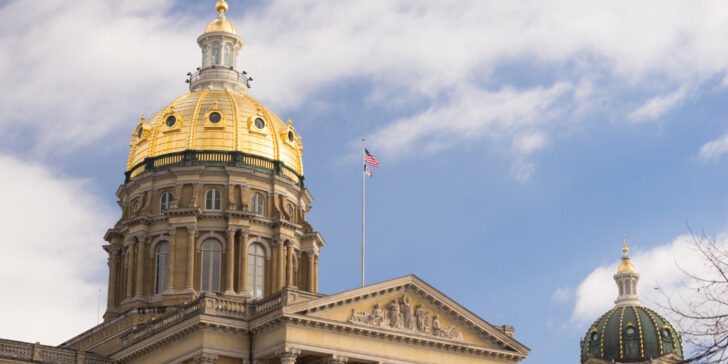 Iowa legislators approved the second draft of the state’s redistricting map Thursday that will designate legislative and congressional boundaries for the next 10 years.

After the vote, Gov. Kim Reynolds released a statement supporting the maps.

“Today’s decision by the Iowa Legislature to approve the second draft of the legislative and congressional redistricting maps is very encouraging,” Reynolds said in the news release. “I am confident in how the process played out – just as the law intended, and I believe these new districts will fairly and accurately represent the citizens of Iowa for the next decade.”

Rep. Jennifer Konfrst, D-Windsor Heights, was among several legislators who praised the redistricting process. She said that while political pundits have speculated about the impact of the maps, predictions can be wrong; many different political outcomes could come to pass in the next decade.

“By giving [Iowans] maps that are drawn without partisan interference, we are ensuring Iowans have the power,” she said.

Republicans had been criticized for rejecting the first redistricting map. Rep. Bobby Kaufmann, R-Wilton, said Republicans, who have the majority in both houses, would not have gerrymandered.

The House approved the map in a 93-2 vote. Rep. Jon Jacobsen, R-Council Bluffs, and Rep. Tom Jeneary, R-Le Mars, voted against the bill. The Senate approved the maps in a 48-1 vote, with Sen. Ken Rozenboom, R-Oskaloosa, opposed.

“After review of the second Redistricting Plan, I believe it corrects the failures of Plan One to redistrict the state in a compact manner with minimal differences in population,” Senate Majority Leader Jack Whitver, R-Ankeny, said in a news release. “Despite years of fear-mongering about Gerrymandering and claims the first map could not be improved, the Iowa Senate followed the process outlined in Iowa Code and a more compact map with better population differences has been approved.”

Jacobsen said the maps would jeopardize representation for his district in southeastern Iowa through its divisions.

Rozenboom said the population change of 4% since the last legislative district map change did not justify the “wholesale and drastic change” of redistricting, The Iowa Torch reported.

“As an illustration, my current Senate district, whose voters have elected me three times, changed in such a way that nearly 75 percent of those voters will no longer be my constituents,” Rozenboom told The Iowa Torch, it reported. “I don’t believe that drastic a change in rural Iowa is justified.”

Temporary Redistrict Advisory Commission member, Iowans for Tax Relief Vice President and former House Majority Leader Chris Hagenow told The Center Square in a texted statement Oct. 28 that, although he said the plan is not perfect, it was an improvement from the first.

“At least there are no more donuts,” he said.