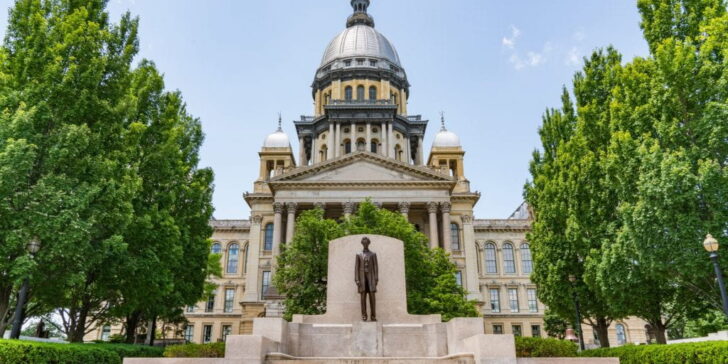 Illinois is among 40 states that received a failing grade in a new report on child and youth sex trafficking.

The 2021 Report Card on Child and Youth Sex Trafficking was produced by Shared Hope International. The organization looked at six main categories, including criminal provisions, identification of and response to victims, access to justice for trafficking survivors, and prevention and training.

“I will say Illinois has a higher ‘F’ than the national average,” said Sarah Bendtsen, director of state legislative advocacy at Shared Hope International. “Our national average this year was 44% and Illinois was just a little bit higher at 48%. It’s a big drop from where we were grading states, specifically Illinois, in 2019.”

She says the decline in grades came as the survey shifted its focus from criminal justice response to efforts to screen and protect children from abuse. As in the past, Illinois ranked high on the list when it comes to criminal accountability for offenders of sex trafficking.

“Illinois was one of the first states to have a statutory protection that says kids engaged in commercial sex are not offenders of prostitution, they’re victims of sex trafficking,” Bendtsen said. “Therefore, kids cannot be prosecuted for prostitution. That’s key. That’s a foundational protection.”

Moving forward, Bendtsen says states across the country should have clearly defined policies and procedures in place.

The report argues one key to the process is getting state legislators on board to codify practices and responses into law.

In early November, a federal jury convicted a Chicago man on sex trafficking charges for recruiting several children to engage in sex acts for money. The conviction carries with it a potential life sentence behind bars.

Bendtsen says it’s important that states realize their role, working alongside the federal government in fighting against child and youth sex trafficking.

“When cases are suspected or identified there should be a coordinated service response in place,” Bendtsen said. “We’re not just identifying sex trafficking, but putting into motion an entire response within the community to support that child and, if the parents or caregivers aren’t the offenders, to support the whole family.”

Of the nine states to receive a passing grade, eight were awarded a “D” with one state, Florida, receiving a “C.”