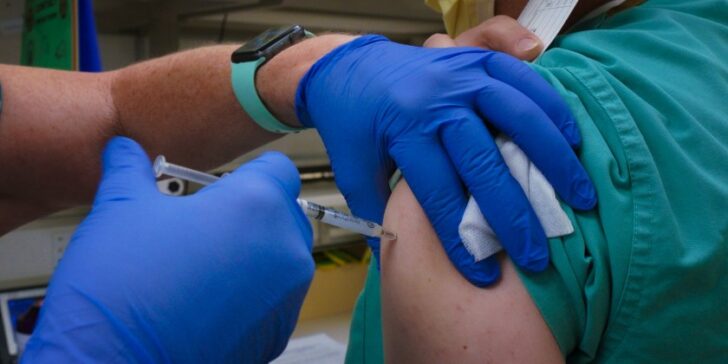 Staff at every New York City charter school will be required to be vaccinated against COVID-19 or face removal from their schools’ payroll, city officials announced Tuesday.

Charter staff who work in schools that operate in city buildings were already required to be vaccinated. Expanding the mandate to charter schools in private spaces will cover an additional 143 schools, a majority of the city’s 272 charter schools, according to figures from the New York City Charter School Center. Ten other schools occupy a combination of private and city-owned space.

“We know that when all the adults in the building are vaccinated, it keeps everyone safe and it helps move us forward,” de Blasio said.

Some charter schools already issued mandates to vaccinate their staff even before the city required shots of its own education employees, including Success Academy, the city’s largest network. Officials could not say how many charters have not already issued vaccine mandates.

Some other localities, including Denver, have issued vaccine mandates to charter school employees.

Bill Neidhardt, a City Hall spokesperson, said that charter school employees who don’t comply would be suspended without pay. But he did not answer a question about the city’s authority to enforce that, given that charter schools are privately managed, and their employees do not work for the city. Neidhardt said there was not yet an official executive order.

Charter schools, which are publicly funded, educate about 14% of the city’s students.

The city’s decision to push vaccines across the education sector follows more aggressive vaccination requirements from the federal government, which is now mandating that most federal employees receive shots and is asking companies with more than 100 employees to either enforce vaccine mandates or have their workers submit to weekly testing.

Vaccinating all charter school staff could help prevent the coronavirus from taking root in schools and prevent disruptive quarantines. So far, hundreds of charter school classrooms have been forced to close due to positive coronavirus cases, including 22% of Success Academy classrooms since they reopened to students Aug 2.

“Vaccines save lives and help keep our students in classrooms,” James Merriman, CEO of the Charter Center, an advocacy group, said in a statement.

The city’s health department has the authority to mandate charter school staff vaccinations, he added.

“Charter schools are subject to the health and safety requirements applicable to all public schools,” Merriman said.