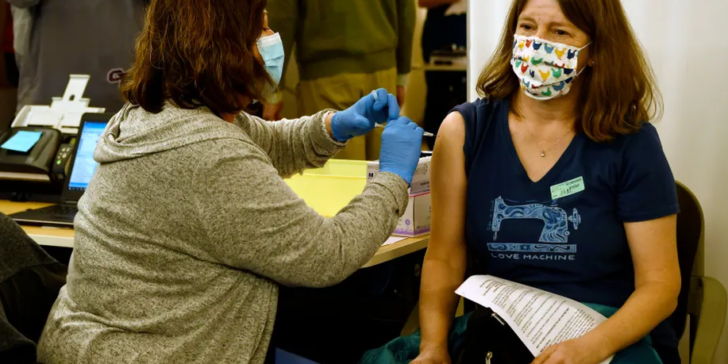 More than 98% of Aurora school district employees have now complied with a mandate to get a COVID vaccine.

Last week the district said 40 employees are not in compliance. There were 151 who received an exemption.

The Aurora school district was the first in Colorado to announce in the spring that it would make the vaccine mandatory, although the requirement didn’t kick in until after the FDA gave final approval to one of the vaccines in August. The district said it hoped the mandate would allow for in-person school to happen with fewer cases and therefore fewer interruptions that would require remote learning this school year.

Colorado has seen a large number of COVID outbreaks at schools this fall. But relaxed quarantine rules this year have limited the number of times entire schools have had to switch to remote instruction.

The initial deadline for Aurora employees to get vaccinated was in early October. At that time, the district announced that nearly 89% of Aurora Public Schools employees — and 96% of staff with licenses including teachers — had complied.

Those who had not been vaccinated or received an exception had until last week to comply before losing their jobs.

The district is checking into information about the 40 non-compliant employees, then will begin the process for termination. A spokesperson for the district said the employees would still finish out the semester.

So far, just a handful of school districts have made COVID-19 vaccination mandatory.  In Denver, the school district said that after more than 99.1% of its employees complied with the city health order, 108 employees could lose their jobs on Jan. 2, which gave those employees additional time to comply.