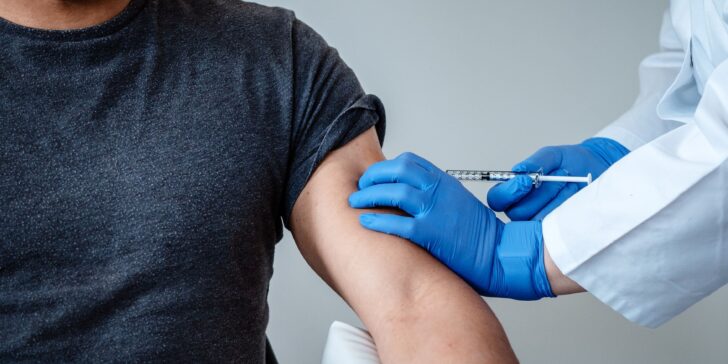 Massachusetts is leading the nation in COVID-19 vaccinations as the Centers for Disease Control and Prevention reports the community transmission rate across the country remains high.

“Massachusetts tests more than any other state but our positivity rate is lowest in the nation,” the Republican governor said in a tweet.

“Even with a higher testing rate, fewer Massachusetts residents are testing positive than anywhere else,” Baker said.

According to data provided by the Centers for Disease Control and Prevention, 74% of adults in the nation have received at least one dose of a COVID-19 vaccine.

In Massachusetts, 65.6% of the total population has been vaccinated, which accounts for three-fourths of those eligible in the state.

“With more residents protected, far fewer are getting sick than almost anywhere else,” the governor said.

The hospitalization rate in Massachusetts is also lower, with 24.6 admissions per 100,000 people, which is the second lowest in the country.

“The facts are clear: Vaccines are working,” Baker said in a tweet. “By Vaccinating more people than almost anywhere else, Massachusetts is leading the country protecting our residents from getting sick.

“Getting the vaccine is the best way to protect yourself and your loved ones.”

People ages 12 and older who live, work and study in Massachusetts are eligible for the free vaccine, the Department of Health said.