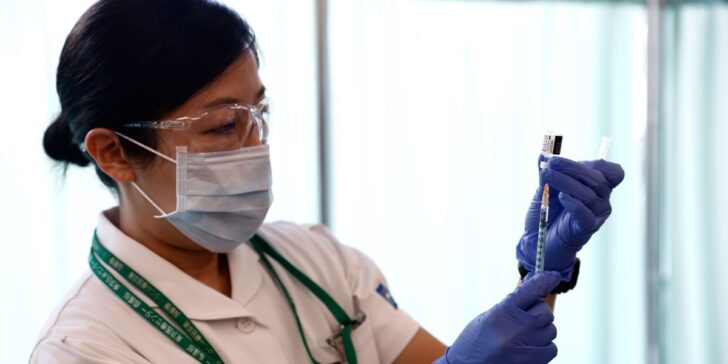 Six nurses employed by Riverside Healthcare in Kankakee have filed a lawsuit against the hospital over their right to refuse the COVID-19 vaccine, citing the state’s Health Care Right of Conscience Act.

Neelie Panozzo, Amy Memenga, and four other nurses, whose names have not been released, were notified by Riverside Healthcare officials that they will be terminated by Oct. 31 if they do not get vaccinated against COVID-19.

Suhr said that what Riverside is doing by refusing exemptions for the nurses is illegal.

“At Liberty Justice Center, our job is to fight against overreach and protect people’s rights,” Suhr said. “This is not only overreach, it is wrong and it is illegal.”

Suhr said that Riverside is in violation of the state’s Health Care Right of Conscience Act, which protects physicians and other health care workers from being asked to compromise their beliefs in the course of practicing their profession.

“The law says that if you have a sincere moral conviction that stems from your belief in God, then your employer has to respect that,” Suhr said.

Suhr said that these nurses are all devoted to their religious beliefs and the authenticity of those beliefs have never been questioned by hospital officials.

Panozzo, a nurse practitioner for over 24 years at Riverside, said her faith is the reason for her decision.

“I have dedicated my life to living out my faith by serving my patients,” Panozzo said in a statement. “I believe I am called to love and serve my patients especially those who are frail and vulnerable, I am also following my faith teaching when I say I can not accept this vaccine.”

Suhr said that the employees of Riverside were made aware of the blanket denial of religious exemptions by a YouTube video recorded and sent by Riverside Healthcare President Phillip Kambic.

Suhr said they want to bring attention to other businesses that might be using the same rules.

“While Riverside has been especially egregious and especially public about, we are concerned that there might be other employers out there who are not taking seriously their legal obligation to respect the conscience rights of their employees,” he said.