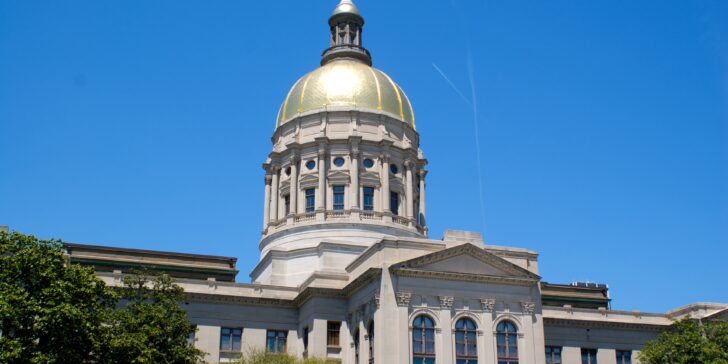 A Georgia education committee has advanced a bill prohibiting K-12 schools from promoting certain ideologies about racism and discrimination.

The House Subcommittee on Academic Innovation approved House Bill 1084 on Wednesday. The measure, introduced by Rep. Will Wade R-Dawsonville, bans nine “divisive” concepts from being taught in schools.

The bill, which is modeled after legislation filed by Republicans in several states, is in response to the issue of critical race theory. The theory is centered around the idea that race is a social construct used to oppress people of color.

The measure also stops schools from making students “feel guilt or anguish” because of their race or actions of others of the same race in the past. It blocks schools from encouraging any form of “race scapegoating” or “race stereotyping.”

HB 1084 instructs school districts to create a process for parents to file complaints opposing coursework based on the concepts.

Critics of the bill who spoke Wednesday during the committee meeting said it does not address an urgent matter or existing issue, and lawmakers should use their time at the Capitol working on other education policies. Others said it was a local issue that should be discussed by school districts and lawmakers should trust educators who are experts in their fields.

Michael Bernstein, an Alpharetta rabbi, said children must get honest lessons on racism that make a deep impact.

“You have to understand and let that history penetrate you,” Bernstein said. “I think the best way to accomplish what you have talked about being one human race is that we have to teach honestly about the poison of racism.”

HB 1084 heads to the full education committee for a vote. It must be approved in the Senate and House before it is sent to the governor.

A similar measure, Senate Bill 377, was discussed by the Senate Education and Youth Committee on Monday.

The House Judiciary Non-Civil Service Subcommittee also gave an initial nod to Senate Bill 226, a measure that would require school districts to create a process for parents to complain about school library books they find inappropriate or “harmful to minors” in a sexual nature, paving the way for the books to be removed.