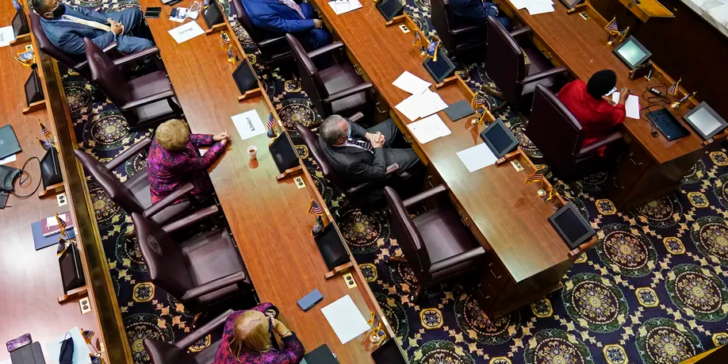 A bill to restrict teaching about race and racism has taken another step forward in the Indiana legislature, with an 8-5 vote of approval Wednesday from the Senate Committee on Education and Career Development.

House Bill 1134 now heads to the full Senate over the objections of Democrats, whose amendments to strip most of the bill’s provisions failed.

“The premise of the bill starts with a point that citizens are treated equally in the state of Indiana, and that is absolutely not correct,” said Sen. Fady Qaddoura (D-Indianapolis). “This bill has further divided our state, pushed teachers from the profession, and it has sent the wrong message to our kids.”

The amendment requires schools to try to obtain parental consent for providing students mental health services, but allows them to proceed to offer services if a parent doesn’t reply within a given timeline. The original bill required parental consent; now a summer legislative committee will study the issue instead.

The bill retains the restrictions on teaching three ideas that lawmakers describe as “divisive.” The limits have drawn overwhelming public criticism.

One failed amendment would have changed the definition of the concepts to align with federal law on nondiscrimination of protected classes, including those of sexual orientation and gender identity, which are not covered in HB 1134.

Sen. Jean Leising (R-Oldenburg) joined the four Democrats on the committee to vote against the bill, saying that the Indiana Department of Education was not fully on board, and that she had heard from many school leaders, teachers, and others who opposed the bill.

The committee rejected an amendment by Sen. Eddie Melton (D-Gary) that would have required high school U.S. history classes to include an “enhanced study” of the Holocaust and Black history, listing events from slavery and abolition to the election of President Barack Obama that should be used as lessons.

Two Republicans voted for Melton’s amendment. They were Sen. Scott Baldwin (R-Noblesville), who came under fire in January for suggesting that teachers should teach Nazism neutrally, and Sen. Kyle Walker (R-Fishers).

Melton urged senators to “do their homework” on the bill before a full Senate vote.

“Just because something makes us uncomfortable, it should not be prevented from discussion,” he said. “No one in here is accusing any white person of being a slave owner. But I still feel the impact of it.”