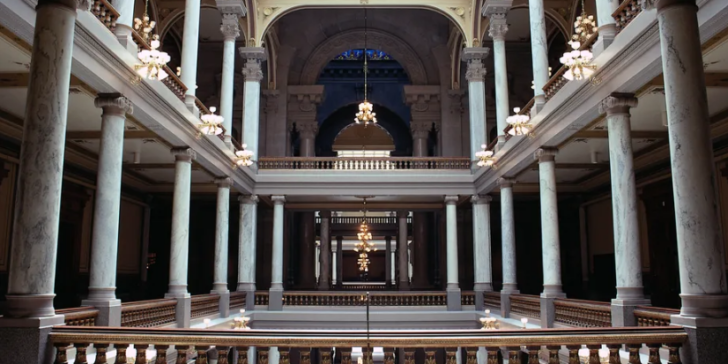 It’s not over until the session is over.

That’s the message from lawmakers and advocates about a dead bill that sought to restrict lessons about race in Indiana schools.

Immediately after the Senate killed House Bill 1134 on Monday, some lawmakers floated the idea of inserting some of its provisions into other bills before the session ends in two weeks, but remained mum about what those would be and which bills could carry them.

Rep. Tony Cook (R-Cicero), who authored the original bill, expressed disappointment over the Senate’s decision and said there was still time left in the session to “get a win for Hoosier families.”

“At its core, House Bill 1134 was about empowering parents and increasing transparency in education, and it’s what families across the state expected us to deliver,” Cook said in a statement.

HB 1134 originally sought to ban eight concepts from Hoosier classrooms, while creating curriculum review committees composed of parents at every school. Senators watered down the bill’s most controversial ideas in response to criticism before ultimately declining to bring it to a vote on Monday.

Bill opponent Sen. Eddie Melton (D-Gary) said the language could be inserted into other bills.

“Our caucus was happy it was defeated, but we’re staying vigilant to make sure there are not various sections inserted into other bills,” Melton said. “If it was up to us, the Senate Democrats, we would prefer to see it not move forward.”

Melton had proposed his own amendment to HB 1134 that would have required an enhanced study of Black history in all high school U.S. history classes. He said he was seeking a new bill to include that language.

But even if his colleagues had added his amendment to 1134, Melton said he would have voted against the bill.

Opponents of the bill said the demise of HB 1134 marked a win for a diverse coalition of educators, civic and community groups, youth advocates, and others who spoke out against it.

Mark Russell, director of advocacy and family services for the Indianapolis Urban League, called the bill a distraction from substantive policy issues.

Citing low literacy rates and high rates of graduation waivers, Russell said, “There are critical issues facing Black Americans particularly and our students that cannot be ignored and should not be manipulated in a political fashion.”

Education advocates also said they’re watching closely what may happen next, and are reviewing bills where the language could turn up.

“We’re definitely not thinking that the fight is over,” said Marshawn Wolley, public policy director for the African American Coalition of Indianapolis.

Wolley said he found it “extremely concerning” that some lawmakers were indicating an interest in adding back pieces of 1134 to other bills in the final stage of the session, with little public input or visibility.

“It would have been our hope that the legislature would have heard enough from Black parents, civil rights organizations, and teachers that they would just leave this alone,” Wolley said.

This article was originally posted on Could Indiana’s ‘divisive concepts’ bill reappear in separate pieces?