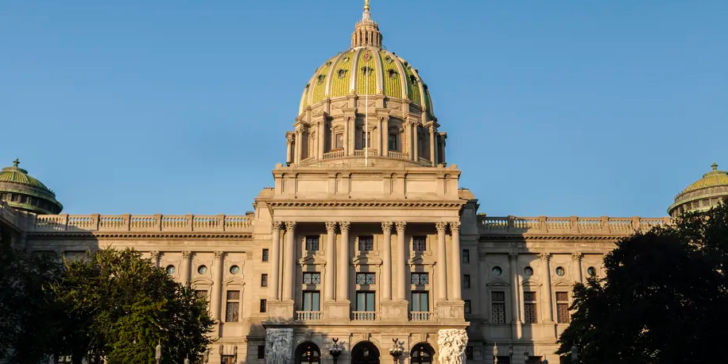 In ninth week, petitioners wrap up their case. Legislative leaders will start calling witnesses on Monday

The petitioners in Pennsylvania’s landmark fair education funding lawsuit wrapped up their case Wednesday with testimony from Brian Costello, the superintendent of schools in Wilkes-Barre, a small city in which 70% of the students are Latino and Black, 82% are economically disadvantaged, and nearly one in eight are English language learners.

Wilkes-Barre, with an enrollment of 7,300, is the second largest of the six petitioner districts, which range from Lancaster, with more than 10,000 students, to Shenandoah Valley, with about 1,000.

Like educators from the other districts who testified before him, Costello said that Wilkes-Barre lacked enough resources to provide a quality education to its students, many of whom have high needs. Pennsylvania has one of the largest spending gaps between rich and poor districts in the country, and it also ranks low in the percentage of education dollars that come from the state compared to the local contribution.

Petitioners want the state to invest more in education aid and distribute the money more fairly, saying that the current system violates Pennsylvania’s constitutional mandate to provide a “thorough and efficient system of education.”

Costello said that the district had to take austerity measures in order to avoid running a deficit. “Through draconian measures, we have been able to achieve [a] fund balance,” he said.

Among those measures: the elimination of all K-8 art classes, a loss he called “heartbreaking,” adding that students, including his own daughter, were motivated in other courses because of the opportunity to take art.

“Cutting programs that you know are going to affect children is extremely difficult and it makes you question, you know, ‘What are we doing?’” he said.

The district also furloughed 37 teachers and cut all its librarians. Michael Horvath, a recent graduate of the district, testified on Monday about how his lack of experience in library research led to difficulties for him in college.

Through these and other austerity measures, Wilkes-Barre improved its bond rating enough to build a new $80 million high school because it was less expensive than repairing its three existing buildings that housed high school students, he said. Those buildings had deteriorated to the point of danger, with sheds outside of some entrances to shield passersby from a crumbling parapet.

During cross-examination, as they did with other witnesses from plaintiff districts, attorneys for Republican legislative leaders sought to highlight Wilkes-Barre’s achievements, including the new high school, to build a case for Commonwealth Court Judge Renée Cohn Jubelirer that existing conditions and programs meet the constitutional requirement.

At one point, plaintiffs showed pictures of poor building conditions, including a room in which two students were wearing coats because of the cold.

But other students are in shirtsleeves, and Costello sparred with attorney Patrick Northen, representing Senate President Jack Corman, who suggested the students had no coats because it wasn’t really cold in the building.

“I was in the room, I know it was cold,” Costello said, adding that the reason the students were in shirtsleeves was because they were too poor to afford appropriate clothing.

In building their case, the plaintiffs brought a total of 29 witnesses, most of them educators from the plaintiff districts, as well as Philadelphia Superintendent William Hite and Chief Financial Officer Uri Monson. Philadelphia is not a plaintiff – it was under state control when the case was originally filed seven years ago – but supports the goals of the case.

Plaintiffs also brought in state Secretary of Education Noe Ortega, who testified that the state needs to invest more in education for it to give all students equal opportunity. Ortega and Gov. Tom Wolf are technically defendants in the case, but they support the need for more education spending by the state.

Other witnesses included economists and researchers who testified about the magnitude of the spending gaps among districts, as well as delineating the long-term costs of not investing now in education. Economist Clive Belfield cited higher health and welfare costs, more crime, and lower taxes paid by workers relegated to low-wage jobs because they didn’t finish high school.

The witnesses all went under intense cross-examination by attorneys for the legislature, who sought to undermine the contention that more money leads to higher student achievement.

The plaintiffs’ case took almost nine weeks. Legislators will begin their case on Monday, with a witness list that includes economists and academics who question the relationship between per-pupil spending and student achievement, as well as educators from charters and private schools, including cyber charters. Republicans in Harrisburg have long promoted school choice in the form of charters and vouchers as their main education reform strategy.

The first witness will be David Donley, the executive director of the Republican House Appropriations Committee. Also on the list is Aaron J. Anderson, a psychologist who heads Logos Academy, a faith-based private school, and Christine Rossell, a professor of education who argues that school desegregation is a better approach to inequity than more spending.