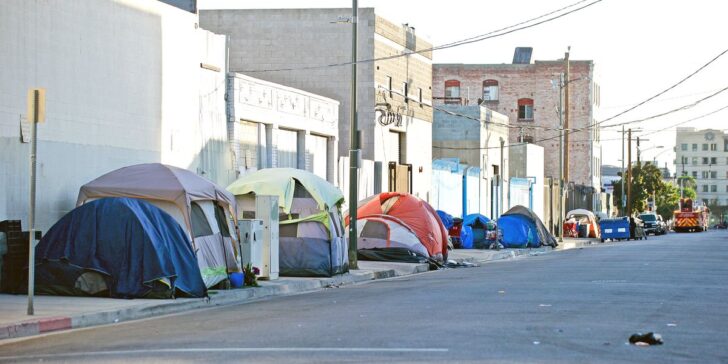 A measure that would spend roughly $100 billion over a decade to address affordable housing and homeless cleared its first legislative hurdle on Wednesday.

Assembly Constitutional Amendment 14 by Assemblymember Buffy Wicks, D-Oakland, would require 5% of the state’s general fund every year for 10 years to fund the development of affordable housing and bolster homelessness services. In an interview with The Center Square, Wicks estimated that 5% of the state’s budget would represent about $10 billion per year based on this year’s state revenue of $200 billion, culminating in $100 billion over ten years.

Wicks told lawmakers on the Assembly Committee on Housing and Community Development that the bill addresses the current lack of ongoing funding for homelessness and affordable housing, leading to a crisis-level problem in the Golden State.

“The state’s lack of significant ongoing investments in new affordable housing and in our homeless response system has led us to this housing affordability crisis,” Wicks said. “The only way out of this is to build more units.”

Wicks accepted committee amendments on Wednesday that would declare 5% as the minimum investment and create a trigger to turn off these allocations if the state enters a deep recession or if the governor declares a man-made or natural disaster.

Lawmakers advanced the measure without much debate on Wednesday and no witnesses testified at length in opposition.

The measure was advanced in a 5-2 vote, with two Republican lawmakers voting against it.

Supporters of the measure said Wednesday that ACA 14 would provide ongoing funding “at the scale needed” to confront affordable housing gaps and homelessness. Roberto Jiménez, CEO of Mutual Housing California said the measure would “transform our state’s approach to addressing the needs of our most vulnerable residents.”

“Consistent, predictable availability of these funding sources is critical for Mutual Housing and organizations like ours to be able to plan and efficiently deliver this needed housing to Californians more quickly,” Jiménez said.

The measure, with amendments, has been referred to the Assembly Appropriations Committee.