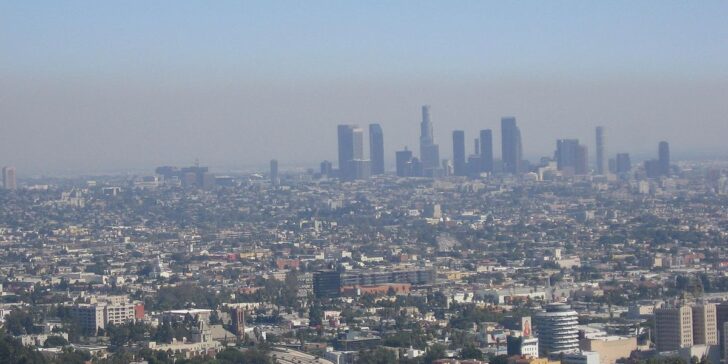 California counties and metropolitan centers saw some of the largest population declines during the COVID-19 pandemic, according to data released this week from the U.S. Census Bureau.

San Francisco County saw America’s second-highest population decline at -6.7% – only outpaced by New York County with a 6.9% drop. Nearby San Mateo County saw the fifth-highest percentage decline at -3.5%, according to the data.

In terms of sheer numbers, Los Angeles County saw the most significant population loss of any county nationwide, losing nearly 160,000 residents in 2021 (though the county was not in the top 10 for percentage decline). Despite these population losses, Los Angeles County remains the most populous in the nation as of July 2021 and is home to more than 9.8 million residents.

The data comes as part of an annual estimate from the U.S. Census Bureau, which showed that the number of deaths surpassed the number of births in most U.S. counties in 2021. According to the data, 73% of counties are experiencing a “natural decrease” – up from 55.5% in 2020, according to the data. Experts said that fewer births, an aging population and increased mortality, which was “intensified by the COVID-19 pandemic,” contributed to this rise.

While about 65% of the nation’s counties saw positive domestic migration between 2020 and 2021, several counties in California and the nation’s largest cities saw sharp declines.

The report noted that some declines in California’s counties are attributable to international migration losses during the pandemic, with California being home to 41.4% of the counties that saw these losses. Other experts say that the rise of remote work and a desire to flee coronavirus infection centers played a role in population dips across the state.

When the pandemic hit, thousands either stayed in place or sought out “safe harbors” to get away from disease centers, Dowell Myers, an expert in urban planning and demography at the University of Southern California, told The Center Square. In New York, people fled to Long Island or Western Connecticut to escape the virus.

While those “safe harbors” may not be as clear in California, Myers noted that residents did fan out within the state searching for more space – particularly as remote work became more common. He said he believed “flight from the coronavirus” contributed to population declines seen in San Francisco.

“Suddenly, people had to have their offices at home, and if you’re living in a small apartment, it’s not very convenient to do that,” Myers said. “Especially if two people are on a Zoom call at the same time – does not work well. So people were moving out, looking for more space and looking for more safety.”

The annual estimates from the Census Bureau revealed that Riverside County gained the second-most residents from domestic migration in the nation. The Riverside-San Bernardino-Ontario metro region also ranked fifth among the top 10 metro areas in numeric growth between summer 2020 and 2021.

Myers said that experts would be keeping a close watch on how quickly people return to metropolitan areas, like San Francisco, as the pandemic slows down. At this point, he said many aren’t sure office reopenings will impact that return and noted that rising home prices during the pandemic might be a “deterrent” that could discourage people from returning to California’s metropolitan areas.

Myers also noted that an undercount of the Latino population could have impacted estimated population losses in Los Angeles.

The U.S. Census’ annual population estimates use its decennial count as a baseline and rely on local statistics such as birth and death records to estimate population trends year-over-year.