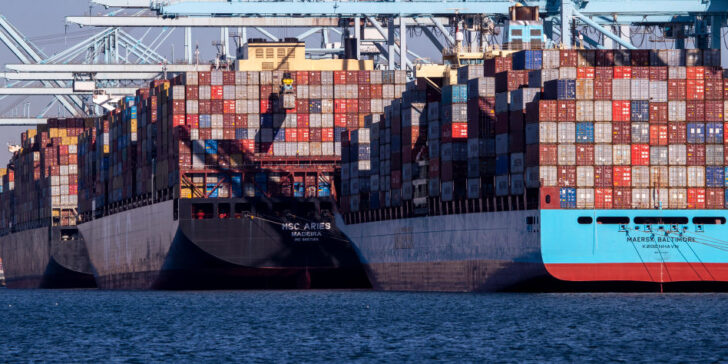 Port officials in southern California have pushed back implementing a fine for lingering containers to help smooth out a bottleneck in the nation’s supply chain.

The Ports of Los Angeles and Long Beach have delayed the “Container Dwell Fee” until Jan. 3. Originally approved on Oct. 29, the measure will fine ocean carriers with containers destined for a truck delivery $100 daily for every container dwelling nine days or more. The same fine system goes for containers awaiting a train delivery, but the fine would be implemented after six days.

“Since the program was announced on Oct. 25, the twin ports have seen a combined decline of 41% in aging cargo on the docks,” port officials said in a release. “As expected, progress has eased due to year-end holidays.”

Before the pandemic increased imports in mid-2020, containers for local delivery remained on terminals for fewer than four days on average, port officials said. Containers destined for trains dwelled less than two days.

The policy was initially developed as a group effort between the Biden-Harris Supply Chain Disruptions Task Force, U.S. Department of Transportation and multiple supply chain stakeholders.

On Dec. 15, Port of Los Angeles Executive Director Gene Seroka addressed accusations that the port disguised the actual number of ships waiting to enter San Pedro Bay and dock at the Ports of Los Angeles and Long Beach via a new queuing system. Reporters found multiple ships floating off the coast of Mexico while awaiting entry to the port of Los Angeles.

Seroka said the new system allowed vessels from Asia to request dockside labor upon departure instead of racing across the Pacific to get in line at the port.