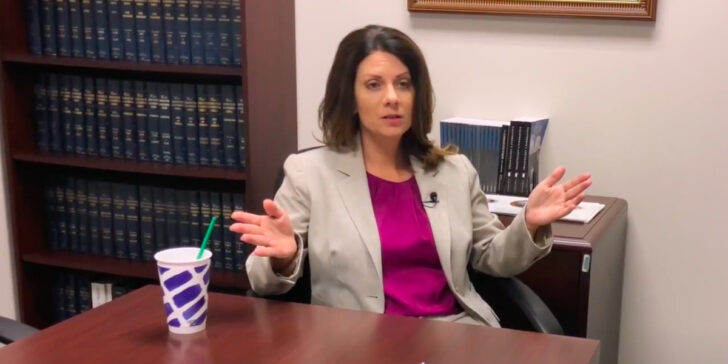 A resolution that would have ended California’s two-year state of emergency and terminated Gov. Gavin Newsom’s emergency powers failed Tuesday.

Lawmakers in the Senate Committee on Governmental Organization voted 8-4 against Senate Concurrent Resolution 5 Tuesday, which would have ended the state of emergency Newsom signed on March 4, 2020. The resolution was introduced by Sen. Melissa Melendez, R-Lake Elsinore, in December 2020, who has long called for an end to the state of emergency.

She said Tuesday that passing SCR-5 would restore the constitutional balance between the three branches of government.

“As infection and hospitalization rates continue to drop, it’s time for the state to allow local governments to take the lead and address emergencies locally without the shotgun approach of a statewide emergency,” Melendez said.

“It is time for the legislature to reassert its constitutional authority as the legislative body of this state and end this endless emergency,” she later added.

The resolution faced opposition from several organizations, including the California Hospital Association and the California Professional Firefighters.

Kathryn Austin Scott with the California Hospital Association told lawmakers that, if it were not for the state of emergency allowing thousands of out-of-state workers to assist California hospitals, health care systems could not have served the influx of patients.

She added that the emergency waivers allowed flexibility to create additional emergency space during virus surges and provided access to emergency federal funds.

“If this waiver were to be ended today, we would lose those thousands of workers and that space overnight,” Scott said. “Patients would be seeing longer wait times, potentially forcing them to wait on care and unfortunately, would result in worse patient outcomes.”

Senate Republican Leader Scott Wilk, R-Santa Clarita, supported the measure, saying the resolution was meant to “give the peoples’ voice back” and end the “one-man rule.”

Lawmakers who voted against the bill said ending the state of emergency could hamstring the Legislature’s ability to fight the pandemic efficiently.

Senator Bill Dodd, D-Napa, chair of the Senate Committee on Governmental Organization, voted against the measure on Tuesday, saying the State of Emergency is still necessary to bolster the state’s COVID-19 response. Dodd noted that the governor had announced a phase-out approach of several emergency measures, with 18 scheduled to be terminated at the end of this month and 15 at the end of June – leaving 30 provisions in place come summer.

“I’m happy to see case rates and hospitalization at low numbers, and we return to normalization of life, however, the existing state of emergency proclaimed by the governor is absolutely important to ensure that the state can quickly and efficiently continue to respond to the COVID-19 pandemic and be prepared for possible future variants and surges,” Dodd said.

Melendez was granted reconsideration, meaning she could bring the resolution forward again later.

Following Tuesday’s vote to maintain the State of Emergency, a spokesperson for Newsom’s office told The Center Square in an email that officials “should focus on what best serves their constituents and stop with the political theater.” The spokesperson noted that last month, the governor lifted “all but five percent of the COVID-19 related executive order provisions” enacted during the pandemic.

“The limited executive orders under the State of Emergency remain critical to bolstering the state’s testing and vaccination programs and preventing potential strain on the health care delivery system,” the spokesperson said.