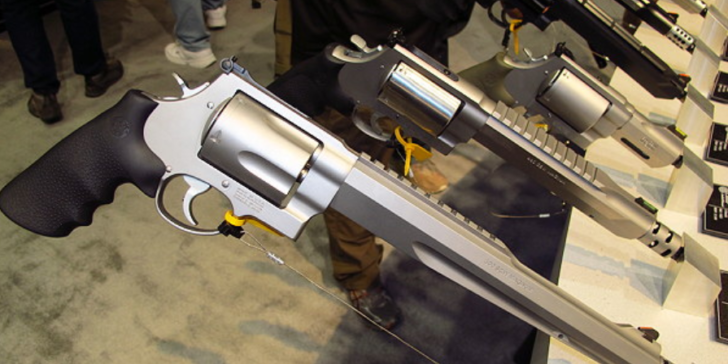 A California bill that would make it possible for victims of gun violence, local governments and the state’s Attorney General to sue gun makers and distributors for negligent marketing was advanced by lawmakers Tuesday.

Assembly Bill 1594 would use an exception in existing federal law to allow legal action against gun-makers, importers and dealers who are “irresponsible, reckless, and negligent in the sale or marketing of their products.”

The legislation was one of three bills that advanced Tuesday that originated from a legislative package supported by Attorney General Rob Bonta and Gov. Gavin Newsom. Interest in these bills increased after recent incidents of gun violence, including a mass shooting blocks from the Capitol building in Sacramento that killed six people and injured 12 others earlier this month.

AB 1594 would require a firearm industry member who makes or sells guns to enforce and implement “reasonable controls” to prevent the sale of firearms to traffickers and people prohibited from owning guns under state and federal law. Industry members would also be barred from marketing or selling a firearm product “that is likely to create an unreasonable risk of harm to public health and safety.”

The federal Protection of Lawful Commerce in Arms Act prohibits many kinds of lawsuits against the gun industry. However, certain exceptions do exist. One exception is when a gun maker violates a state or federal law regarding the sale or marketing of a product. Last year, New York passed a law allowing the state’s Attorney General to sue gun manufacturers for the “illegal or unreasonable” sale or marketing of firearms, according to the Associated Press.

The bill’s author, Assemblymember Phil Ting, told lawmakers Tuesday that AB 1594 is legally modeled after New York’s existing law. Ting and other bill supporters say the bill would ultimately provide an opportunity for victims of firearms violence the chance to “hold the gun industry accountable.”

“We think it provides a really good opportunity to put the power back in the hands of individuals who are individual victims of gun violence, and really, what we hope is by holding this industry accountable, that they will be much more thoughtful about how they sell their weapons,” Ting told lawmakers on the Assembly Judiciary Committee.

Opponents of the bill argued Tuesday that the bill would ultimately limit the lawful availability of firearms. Roy Griffith, the legislative director for the California Rifle and Pistol Association, called the bill an “attack on the lawful commerce of firearms.”

“This is another misguided bill that seeks to squash and discriminate against the rights of those who engage in lawful commerce to restrict law-abiding citizens’ access to firearms instead of holding accountable those who misuse firearms,” he told the committee.

The bill was advanced by the Assembly Judiciary Committee in a 7-2 vote.

Two other pieces of gun legislation were also advanced by lawmakers on Tuesday, including a bill prohibiting firearm marketing toward minors. The bill would impose a $25,000 fine for violations. It was advanced by the Assembly Committee on Privacy and Consumer Protection.

Lawmakers in the Assembly Public Safety Committee voted 5-2 to advance Assembly Bill 1621, tightening restrictions on unserialized firearms, better known as “ghost guns.” The bill would bar the “sale, possession or purchase” of ghost gun parts and kits “until they are treated as firearms under federal law.” The bill would give owners of unserialized weapons six months to register their guns.