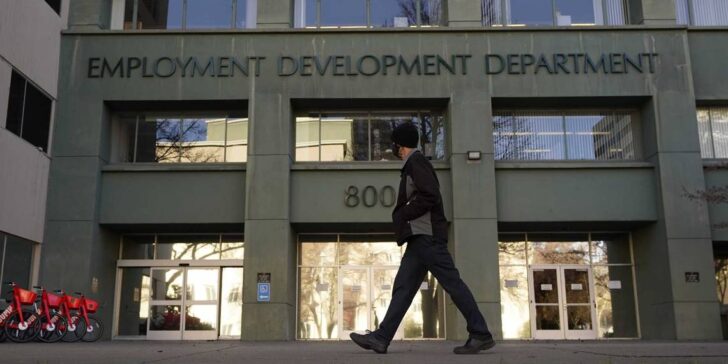 After freezing hundreds of thousands of disability insurance claims that were flagged suspicious earlier this month, California’s Employment Development Department said Thursday that the vast majority of medical providers associated with those claims are likely fraudulent.

The EDD froze 345,000 disability insurance claims earlier this month over concerns of fraud, confirming on Thursday that 98% of the 27,000 medical providers associated with those claims were likely fraudulent. The department said only 485 providers had verified their identity as of Thursday.

“The few providers that were not fraud—but instead victims of identity theft—are completing verification along with their patients to then resume certifying claims,” the EDD said in a news release on Thursday. “Most disability insurance claimants in California were not impacted by this scam and EDD has continued to pay approximately $150 million a week in benefits to legitimate claimants.”

The EDD did acknowledge Thursday that some claimants with legitimate disability insurance claims had payments suspended when fraudulent medical provider information was detected. The department said those claimants received notices this week to verify their identity in order to resume payments.

The EDD did not provide an estimate Friday on how much money was paid out due to the latest fraudulent disability claims.

The state’s EDD has been repeatedly targeted by fraud throughout the COVID-19 pandemic. Last year, the EDD announced it had paid out about $20 billion in fraudulent claims since March 2020 – about 11% of the $180 billion in claims paid, according to the Associated Press.

The EDD assured lawmakers in October that the department could better address fraud after introducing new identity verification software to prevent future fraud attempts, according to the Los Angeles Times.

Meanwhile, the department is requiring about 1.4 million individuals who received federal Pandemic Unemployment Assistance to retroactively submit documentation proving their eligibility or risk having to pay benefits back to the department. As of Friday, “nearly one in five recipients responded so far and 90 percent of those were found eligible,” the EDD told The Center Square.

Heading into the next fiscal year, the state is eyeing growing unemployment insurance debt. In March 2020, the state borrowed billions from the federal government to pay unemployment benefits after the state’s Unemployment Insurance Trust Fund went insolvent after the pandemic-induced closures left many jobless. As of Thursday, the state had more than $19.7 billion in outstanding loans from the Federal Unemployment Account.

This significant debt owed to the federal government is “anticipated to have substantial costs to the state and the state’s employers over the coming years,” Gov. Gavin Newsom wrote in his 2022-2023 budget proposal.

To address this debt and assist state employers, the governor has proposed $3 billion be allocated over the next two years to pay down a portion of the debt owed. But so long as the trust remains insolvent, “state employers, beginning in 2023, will begin to see federal tax credit reductions of 0.3 percent per year until the fund returns to solvency,” according to the governor’s budget proposal.