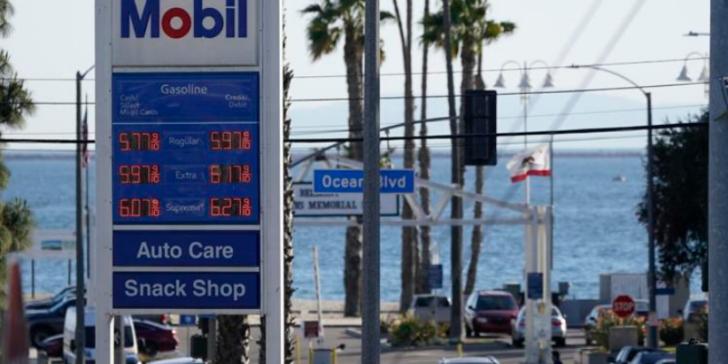 As gas prices continue to break records in California, Democratic leaders in the state Legislature are composing a plan to give $200 rebates to taxpayers and dependents.

Under the proposal, which is being crafted by Senate President pro Tempore Toni Atkins and Assembly Speaker Anthony Rendon, taxpayers and dependents making under $125,000 in taxable income for single filers or $250,000 for joint filers would be eligible for a $200 rebate. The rebate amount would increase based on the number of dependents, meaning a family of five could qualify for a $1,000 refund, while a single tax filer would receive $200.

“Speaker Rendon and I made a commitment to the people of California that we would find a solution to help people get through the financial hardships imposed by the rising cost of fuel and consumer goods,” Atkins, D-San Diego, said in a statement. “We’re holding true to that promise, and have developed a proposal that would help a vast majority of Californians.”

The proposal comes as the latest in a series of plans pitched by lawmakers to address the rising cost of consumer goods and gas prices in the Golden State. As of Monday, the average price for a gallon of gas in California was $5.85 per gallon – 11 cents higher than the week before, according to the American Automobile Association.

Last week, a separate group of Democratic lawmakers unveiled a proposal to send $400 to every California taxpayer, regardless of income level. Supporters of the proposal said it would help deliver relief when many Californians are “struggling to make ends meet.”

Republican lawmakers are pushing to suspend the state’s 51 cents per gallon gas excise tax for six months, though that proposal has faced opposition from Democratic lawmakers. In a statement, Atkins said that this proposal would result in a $135 savings for families, but there’s “no guarantee that oil companies would pass those savings onto consumers.”

Atkins also noted that the plan being crafted would ensure funding for infrastructure and road maintenance projects is not interrupted due to the suspending the gas tax.

Gov. Gavin Newsom also hinted at his own rebate proposal, noting during his State of the State address that he is crafting a plan to “put money back in the pockets of Californians.” The governor has not since offered additional details, other than that it would come in the form of a tax rebate.

That came after the governor proposed pausing the annual excise gas tax increase during his budget proposal in January. The Legislative Analysts’ Office estimated that this would prevent a 3-cent increase at the pump.

Conversations surrounding the latest proposal brought forth by Democratic leadership remain ongoing, according to Atkins’ office.

“Right now, families throughout our state are struggling to stretch their household budgets due the rising cost of fuel and goods – we’re working on a solution that could be the responsible path forward,” Atkins said.