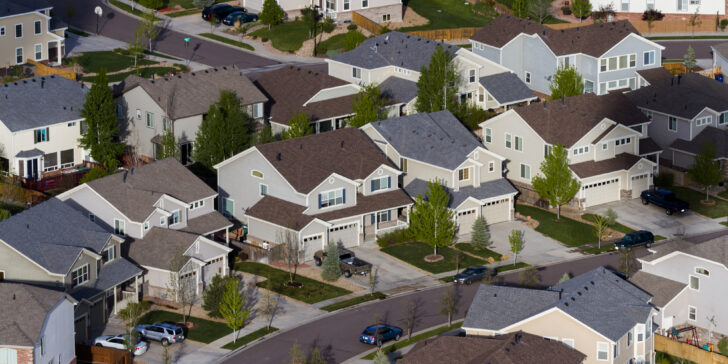 Dozens of new housing bills passed by the California Legislature are set to take effect in the new year, bringing reform to a history of “not in my backyard” zoning limitations to affordable housing partly responsible for the state’s ongoing housing shortage.

SB 9, authored by Senate President pro-Tempore Toni Atkins, will allow single-family zoned parcels to be split into two lots and authorize existing single-family homes to build duplexes. The bill includes exemptions for the preservation of homes in established historic districts.

According to a study from the Terner Center at the University of California Berkeley, SB 9 could create 700,000 new homes that would otherwise not be market-feasible, representing a “40% increase in existing development potential across California’s single-family housing parcels.”

In addition, the study estimated that SB 9 would enable the development of more units on 410,000 single-family parcels, 110,000 of which could be newly developed.

However, the bill has faced some pushback from certain cities across the state, who are passing urgency ordinances to block the implementation of SB 9. Several cities in Los Angeles County moved forward with ordinances blocking the implementation this month, including Manhattan Beach, Hermosa Beach, Redondo Beach and Rancho Palos Verdes, according to the Torrance Daily Breeze.

Matthew Lewis, the director of communications for California YIMBY(short for Yes, In My Backyard), told The Center Square that cities implementing these ordinances are essentially saying to the Legislature, “we don’t want to be part of the solution.”

“An urgency ordinance is really something a city is only supposed to use if there’s an immediate risk to public health and safety,” Lewis said. “So what cities passing these urgency ordinances are saying is that allowing more homes to be built in our city so that the people who live here or who want to move here have a place to live is a threat.”

Lewis said he believes these ordinances will not last, as it signals to the legislature that the first bill may not have been “strict enough.”

In addition to SB 9, several other bills set to take effect in January aim to reform housing development to make it easier for cities to zone parcels with multiple units. One of those bills is SB 10.

The bill, authored by Sen. Scott Wiener, would allow city or county officials to zone any parcels for up to 10 residential units in “transit-rich” areas or urban infill sites. This, in turn, will make it easier for officials to build lower-cost housing developments by streamlining the zoning process in lots near transit and job centers.

According to California YIMBY, which supported the bill, SB 10 would help to address California’s “missing middle” by creating more affordable housing closer to job centers.

“By enabling cities to increase the density of these lots up to 10 units without triggering an environmental review, this bill would make it easier to build housing for young people and working families,” according to YIMBY’s analysis of SB 10.

While these bills will help address the state’s housing crisis by making reforms to existing development laws, Lewis said that this is not a “silver bullet” situation. Undoing decades of restrictive housing policy in the nation’s most populous state will take several years and dozens of bills to correct, Lewis said.

“Most California cities have performed so poorly on housing, the state has had to intervene,” Lewis said. “We’re seeing that process accelerate, with the state legislature giving more and more guidance to cities about what they can and cannot do around the approval of more homes.

“But I think we’re going to see that continue for several more years because the worst actor cities in the state continue to demonstrate that they really don’t have any interest in ending the housing shortage and solving the affordability crisis.”

Looking toward the upcoming legislative session that begins in January, Lewis said he anticipates the State Legislature could discuss funding for more affordable housing subsidies across the state, as well as the relationship between housing development and fire safety.

Lewis said that the state still pushes most of its housing growth into areas with a high fire risk. With climate change increasing the risk of longer and more severe fire seasons, Lewis said state lawmakers would likely discuss ways to address housing development in these areas during the upcoming legislative session.