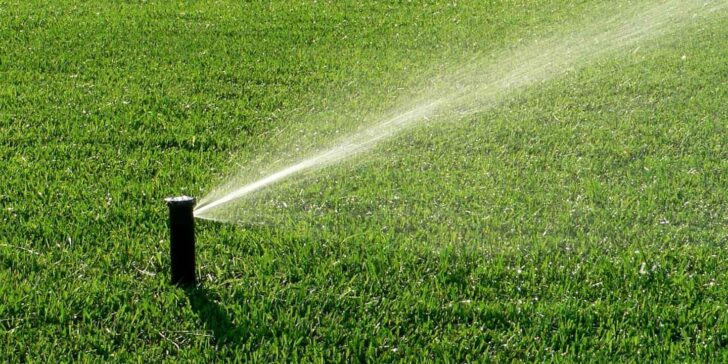 Grass outside of commercial buildings and on college campuses will go dry this summer under new regulations enacted by California water officials.

The State Water Resources Control Board on Tuesday adopted a ban on the irrigation of grass on commercial, industrial and institutional properties, excluding grass that is used for recreation or other community events. The ban takes effect June 10 and violators could face a $500 daily fine per violation.

The board also moved to adopt regulations requiring all urban water suppliers to move to “Level 2” in their water conservation plans, which plans for a shortage of up to 20%. While conservation actions are based on local drought plans, Level 2 actions typically include measures like limiting outdoor watering to only certain days or hours and increasing efforts to identify water waste.

About half of the state’s 436 water suppliers have not activated Level 2 plans yet, and 36 still have not submitted drought plans, according to state water officials.

“The severity of this drought requires all Californians to save water in every possible way,” Joaquin Esquivel, chair of the State Water Board, said in a statement. “The regulation compels water systems and local authorities to implement a range of additional critical conservation measures as we enter the hot and dry summer months.”

The new regulations come after Gov. Gavin Newsom issued an executive order in March that calls for additional regulations amid California’s drought.

The governor had called for all Californians to voluntarily reduce water usage by 15% last July, but the state has fallen short of that goal. In March 2022, the state’s urban retail water suppliers reported that the state’s water usage increased nearly 19% when compared to March 2020. This lowered the state’s water savings to just 3.7% since July 2021, according to a news release from the State Water Resources Control Board.

Earlier this week, Newsom warned that if conservation actions at the local level do not produce water savings through summer, the state may be forced to enact mandatory water restrictions.

“California is facing a drought crisis and every local water agency and Californians needs to step up on conservation efforts,” Newsom said in a statement Tuesday. “I am hopeful the measures enacted by the State Water Board will lead to a reduction of water use across the state. These conservation measures are increasingly important as we enter the summer months. I’m asking all Californians to step up, because every single drop counts.”