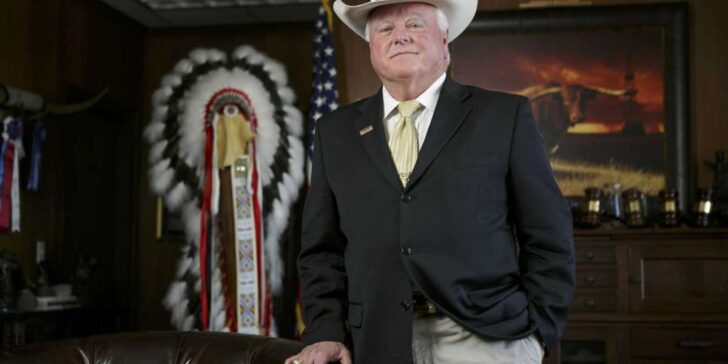 A day after his top political aide, Todd Smith, was indicted over allegations he attempted to profit off a hemp license scheme, Agriculture Commissioner Sid Miller said the two are parting ways.

“Todd Smith and I have mutually agreed to terminate his association with my campaign effective immediately. My campaign and the [Texas Department of Agriculture] will cooperate fully with any agency involved in this matter so it can be resolved openly, fairly and judiciously,” Miller said.

A grand jury indicted Smith on Tuesday on felony theft charges and commercial bribery. He is accused of soliciting up to $150,000 in exchange for hemp licenses from Miller’s office.

Miller has previously distanced himself from the allegations related to the hemp license scheme.

When Smith was arrested in May, Miller told The Texas Tribune he was unaware about a scheme.

“That was Todd, between him and his clients,” Miller said in May.

Following the indictment charges, Miller went on conservative radio host Chad Hasty’s show on Tuesday and defended Smith. Miller said he did not believe Smith did anything wrong and that he was “not ready to throw [Smith] under the bus.”

As recently as earlier this month, before the indictment, Miller was dismissive of the allegations against Smith, who was still on his payroll.

The indictment comes as Miller makes a bid for a third term as agriculture commissioner. He faces state Rep. James White, R-Hillister, and Carey Counsil, an economics professor at Blinn College, in the March primaries.