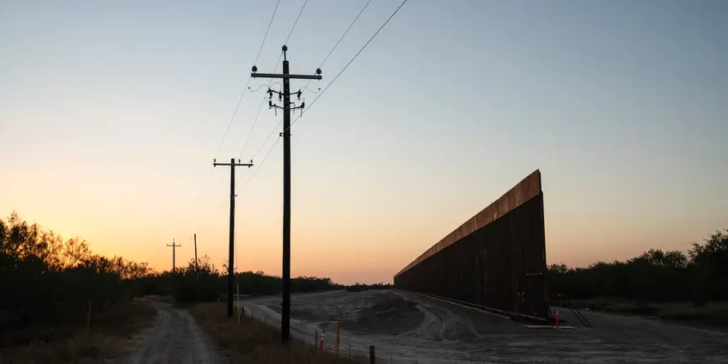 The Texas Senate on Tuesday gave initial approval to nearly $2 billion in additional funds for border security over the next two years, as the state prepares to erect a border wall using state dollars.

In a 23-8 vote, the Senate approved House Bill 9, which would allocate $1.88 billion toward border security — nearly tripling the state’s spending after lawmakers approved $1.05 billion for the same purpose earlier this year.

Texas Republicans, including Gov. Greg Abbott, have said the number of migrants attempting to enter the country through the Texas-Mexico border has increased dramatically this year because of what they call the Biden administration’s lax immigration law enforcement.

“The situation at our border is a failure of federal leadership and an entirely avoidable disaster,” said state Sen. Jane Nelson, R-Flower Mound, chair of the Senate Finance Committee. “For months, we have heard about the horrors faced by those making their journey north, about crime and drugs pouring into our communities, about human trafficking and the spread of [COVID-19]. We have pleaded with the federal government to act, and they are not listening.”

Abbott, a two-term Republican who is seeking reelection next year, has made securing the border a top priority.

In March, he started Operation Lone Star, which deployed military and police resources to the border to aid local and federal authorities in fighting the smuggling of people and drugs into Texas. In June, Abbott announced a state of disaster in 34 counties that were seeing large increases in migrant crossings.

The bill gives Abbott’s office more than $1 billion, with about $750 million dedicated to construct border barriers — on top of the $250 million the state transferred in June from the Texas Department of Criminal Justice budget as a “down payment” for the border wall.

Abbott’s office has said the costs for the wall may exceed $1 billion, but the funding was a “reasonable place to start.” The governor has also raised nearly $54 million in private donations for the wall through an online crowdfunding campaign.

Some Senate Democrats, particularly those who represented parts of the border, were critical of allocating such a large sum without knowing where barriers would be built and how much a wall would cost. State Sen. César J. Blanco, D-El Paso, said the state could find better alternatives.

“From my perspective, we’re rushing too quickly to do a very archaic way of doing border security where we’re sending boots on the ground and physical barriers when we have the technology we have,” Blanco said on the Senate floor.

Other border Democrats, such as Sen. Eddie Lucio Jr., D-Brownsville, and Sen. Juan Hinojosa, D-McAllen, were more sympathetic to the bill.

“I have talked to many of my constituents in Cameron and Hidalgo County … and I can tell you the vast majority of those people want border security and want the wall, believe it or not,” Lucio said.

The state has identified 733 miles of border where some kind of barrier may be necessary. In June, the Texas Department of Transportation awarded a $25 million contract for a nearly 2-mile stretch of concrete barrier along State Loop 480 in Eagle Pass. That project is scheduled to be completed by the end of the year.

HB 9 will help reimburse the Texas Department of Criminal Justice for the money taken from its budget and earmarks money to convert three state detention centers into jails to hold migrants arrested under Operation Lone Star.

The Texas Military Department will receive $311 million to pay for the deployment of 1,800 additional Texas National Guard soldiers to the border, bringing the number to 2,500. The department also has been tasked with leading construction of temporary fencing along the border. The Texas Department of Public Safety will receive $154.8 million to provide for 79 special operations troopers to be deployed to the border plus money for overtime pay for border operations.

The bill also includes money for the Texas Commission on Jail Standards and the Department of State Health Services to ensure state standards are being met in state prisons converted to house migrants and to pay for ambulance service as part of border security efforts.