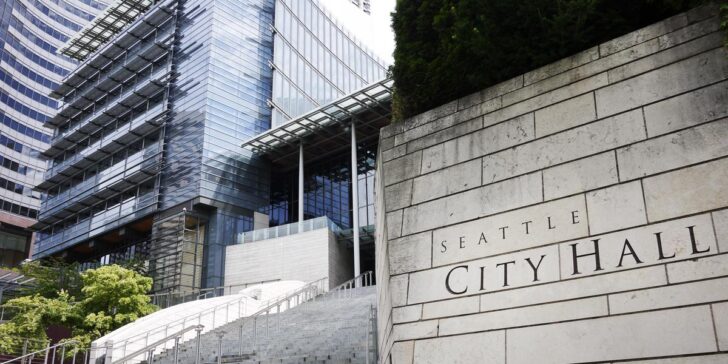 In the Nov. 2, 2021, general election for city attorney of Seattle, Washington, Nicole Thomas-Kennedy leads Ann Davison in total fundraising and both candidates have gained endorsements since they advanced from the primary election on Aug. 3.

As of the most recent filings reported by the Seattle Ethics and Elections Commission on Aug. 30, Thomas-Kennedy has raised $206,965, while Davison has raised $63,336. Seattle newspapers The Stranger and The Urbanist have endorsed Thomas-Kennedy, along with former Seattle Mayor Mike McGinn (D), Washington’s 32nd, 34th, and 46th District Democrats, and the Seattle Transit Rider’s Union. Davison received endorsements from The Seattle Times, former King County Prosecutor Chris Bayley, former Gov. Dan Evans (R), and the Concerned Taxpayers of Washington.

Crosscut, a nonprofit Seattle news site, said the race “will be one of clear contrasts and highlights just how divided the city is over issues of crime, public safety and criminal justice.” Davison, who ran as a Republican for lieutenant governor of Washington in 2020, said she was a moderate Democrat who ran as a Republican because “some parts of the Democratic Party in Seattle didn’t have room anymore for a pragmatist like me, with liberal values, wanting to make our city a better place.” She said Thomas-Kennedy “advocates the most extreme viewpoints: defund the police and abolish the city’s criminal justice system” and “believes such an approach would magically make crime disappear.” Davison said she would “build upon and offer alternative, non-criminal solutions, and interventions with measurable outcomes for those willing to seek help for their underlying problems,” but “there also must be accountability for actions that hurt other people.”

Thomas-Kennedy said “policing and prison do not meet their alleged goals” but instead accomplish “what they were actually designed to do: control and disappear the poor, the disabled, and BIPOC.” She said she would “address the root causes of poverty, homelessness, and despair” with a platform that includes ending prosecutions for drug crimes, defunding the Seattle Police Department, decriminalizing sex work, and ending homeless sweeps. Thomas-Kennedy said, “Every year the City Attorney chooses to prosecute petty offenses born out of poverty, addiction and disability. These prosecutions are destabilizing, ineffective, and cost the City millions each year. We must dismantle this wasteful system of criminal punishment.”