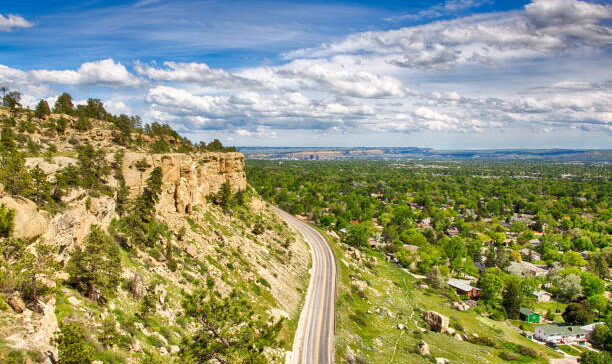 The Montana Chamber of Commerce wants the state’s core infrastructure needs prioritized as the U.S. House of Representatives sets a late September vote on an approximately $1.2 trillion infrastructure bill.

The chamber wants to see funding first for the core assets like roads, bridges, water and wastewater systems, Bridger Mahlum, its government affairs director, told The Center Square. The chamber looks at infrastructure needs almost from a hierarchal perspective, much like a food pyramid with its base layer, he said.

“I know there are wastewater systems in communities out in eastern Montana that I believe are at least 100 years old. And some of them still are using wood as part of the piping. So, there’s some core stuff that needs to happen in some of these communities to get up to speed,” Mahlum said.

The condition of these systems explains why they want those four core assets to get most of the attention if the federal infrastructure bill is passed.

The bipartisan bill that U.S. Sen. Jon Tester, D-Mont., sponsored includes approximately $2.82 billion for Montana’s highways and another $225 million for a new bridge initiative to replace and repair bridges, he said in a statement. The state would get $1 billion for rural water projects.

Public transit would get another $164 million over five years and the state’s airports would receive $144 million in funding, Tester said. A $15 million allocation would enable a study of Amtrak long-distance passenger rail travel. Working groups like the Greater Northwest Passenger Rail Working Group would be authorized to study and advocate for increased access to rail travel.

The chamber agrees with the expansion of what falls under the infrastructure as needs are determined. Airports and schools are two examples, along with broadband investment to get it out into rural areas.

Each state would get $100 million to plan and propose broadband deployment to areas that lack internet service, part of a $42.45 billion grant program that extends nationwide, Tester said. Other funding would target reducing wildfire risk and improving flood mitigation.

“We’ve taken an all the above approach when it comes to infrastructure investment. But we do want to see that essential pieces that create commerce and community – the roads, bridges, water and wastewater systems – that those are prioritized first in every case,” Mahlum said.