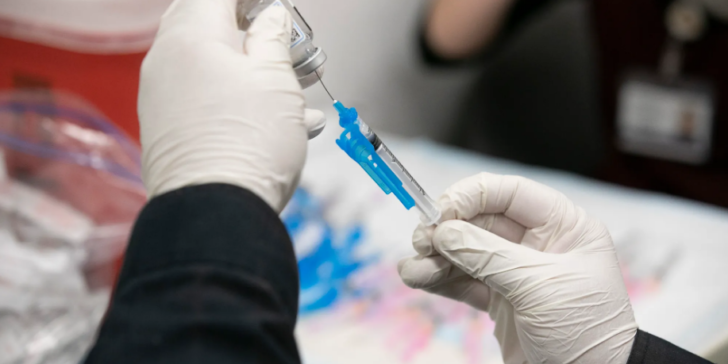 A resolution to repeal Gov. John Bel Edwards’ rule to add the COVID-19 vaccine to the Louisiana school immunization schedule has gained approval from the House Health and Welfare Committee.

The committee voted 10-6 to approve House Concurrent Resolution 3, sponsored by state Rep. Larry Bagley, R-Stonewall, to eliminate a rule that requires students ages 16 and older to show proof of a COVID-19 vaccine to attend public schools, colleges or universities this fall.

The same committee voted 13-2 in December to reject the rule from the Louisiana Department of Health (LDH), but Edwards overruled the rejection to allow the requirement to proceed.

HCR 3 would repeal the rule in its entirety if approved by lawmakers in both chambers after Tuesday’s committee vote.

Bagley, who is the chairman of the House Health and Welfare Committee, highlighted the seven-hour committee debate over the issue in December that included support from Democrats to reject the rule and argued parents should make the decision about vaccinating their children, not the government.

“This is not a Democrat or Republican thing, I don’t think,” he said. “I think it’s right and wrong. I think you should have the right to make that choice for your children because they’re really not old enough to do that.

“Now, we’re allowing the government to make that choice. I don’t think that’s right and the committee agrees with me.”

Rep. Jason Hughes, D-New Orleans, who was out of state during the December meeting, pointed out the LDH rule allows parents to exempt their children from the COVID vaccine and questioned why the resolution was necessary.

Bagley countered that some schools have refused to honor the exemptions, despite the potential legal ramifications.

“Some places have decided they don’t care what the law is,” he said.

Several parents and health experts testified in support of the resolution, with most concerned with the safety of the vaccine and the unknown long-term impacts to students’ health.

Fiorella Trapani, co-director for Health Freedom Louisiana, a health advocacy group, claimed that COVID-19 is not a vaccine-preventable disease like others on the school immunization schedule, and she cited several studies to argue the mRNA vaccine is in reality untested gene therapy.

“To add this to the required list of vaccines for children is unprecedented,” she said. “We don’t have any long term studies. We don’t know how it will affect the human DNA. We’re already seeing studies coming out showing it does get reabsorbed, and can be absorbed into your DNA permanently.”

Dr. Evelyn Griffin testified about the adverse reactions to the vaccine she’s witnessed with her patients and the lack of any organized effort to investigate the issues.

“What concerns me now is what I observed in my patients and in my community is an increase in bizarre and rare conditions in my 20 years of medicine that I have not seen in the past,” she said. “Rashes, tremors, seizures, blood clots, strokes, heart attacks in healthy, young patients.”

Griffin also pointed to statistics that show “the average kid in Louisiana has a higher chance of getting struck by lightning than dying of COVID.”

Other medical experts argued that COVID has become more common in children in the last year, and presented evidence that vaccines reduce the odds of contracting and spreading diseases.

Dr. Joseph Bocchini, a pediatrician from Shreveport, argued “we have ample data about these vaccines being very safe and highly effective at reducing hospitalizations and in reducing deaths in children, not only in adults.”

Dr. John Vanchiere, a pediatric infectious disease expert who has led three vaccine trials for LSU Health Shreveport, argued the vaccine requirement is a public health issue and such requirements “are effective, they work.”

“The vaccines are a good,” he said. “They improve the health and save lives.”